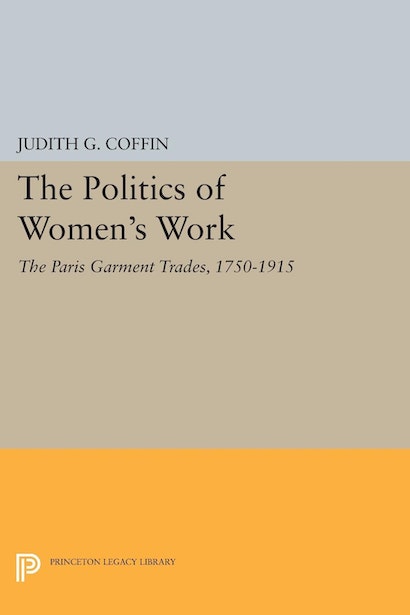 Few issues attracted more attention in the nineteenth century than the “problem” of women’s work, and few industries posed that problem more urgently than the booming garment industry in Paris. The seamstress represented the quintessential “working girl,” and the sewing machine the icon of “modern” femininity. The intense speculation and worry that swirled around both helped define many issues of gender and labor that concern us today. Here Judith Coffin presents a fascinating history of the Parisian garment industry, from the unraveling of the guilds in the late 1700s to the first minimum-wage bill in 1915. She explores how issues related to working women took shape and how gender became fundamental to the modern social division of labor and our understanding of it.

Combining the social history of women’s labor and the intellectual history of nineteenth-century social science and political economy, Coffin sets many questions in their fullest cultural context: What constituted “women’s” work? Did women belong in the industrial labor force? Why was women’s work equated with low pay? Should not a woman enjoy status as an enlightened homemaker/consumer? The author examines patterns of consumption as well as production, setting out, for example, the links among the newly invented sewing machine, changes in the labor force, and the development of advertising, with its shifting and often unsettling visual representations of women, labor, and machinery. Throughout, Coffin challenges the conventional categories of work, home, and women’s identity.