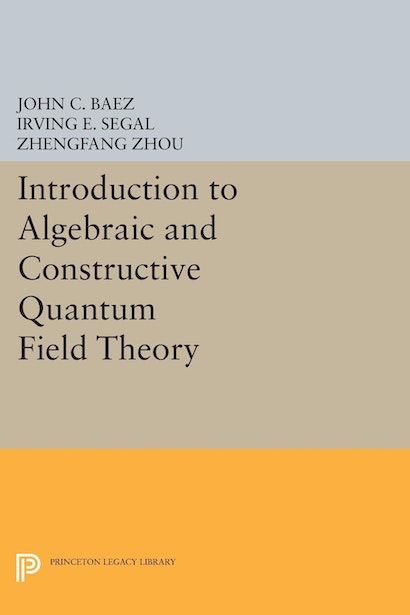 The authors present a rigorous treatment of the first principles of the algebraic and analytic core of quantum field theory. Their aim is to correlate modern mathematical theory with the explanation of the observed process of particle production and of particle-wave duality that heuristic quantum field theory provides. Many topics are treated here in book form for the first time, from the origins of complex structures to the quantization of tachyons and domains of dependence for quantized wave equations. This work begins with a comprehensive analysis, in a universal format, of the structure and characterization of free fields, which is illustrated by applications to specific fields. Nonlinear local functions of both free fields (or Wick products) and interacting fields are established mathematically in a way that is consistent with the basic physical constraints and practice. Among other topics discussed are functional integration, Fourier transforms in Hilbert space, and implementability of canonical transformations. The authors address readers interested in fundamental mathematical physics and who have at least the training of an entering graduate student. A series of lexicons connects the mathematical development with the underlying physical motivation or interpretation. The examples and problems illustrate the theory and relate it to the scientific literature.

"The book provides an important overview and a useful synthesis of some significant contributions to the mathematical understanding of quantum field theory."—Physics Today