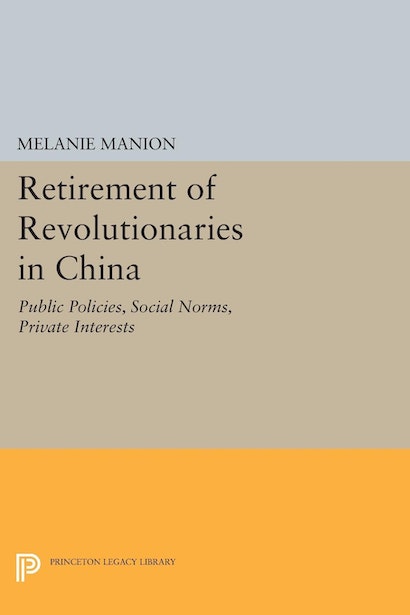 In this book Melanie Manion analyzes the largest bloodless circulation of elites in history — the massive retirement of officials in the People’s Republic of China. Beginning in 1978 and continuing through the 1980s, Chinese leaders in Beijing replaced millions of old cadres, including veterans of the communist revolution, with younger generations of better educated and less generalist officials. How were the elders persuaded to retire? Manion shows how a norm of age-based exit from office, historically novel in the Chinese communist setting, was engineered by top policymakers and aided by younger cadres.

Manion’s research combined a wide variety of sources and methods, many new to the study of Chinese politics. The author examined hundreds of party and government documents, surveyed articles in newspapers and journals, and interviewed officials in charge of supervising cadre retirement policy. She first conducted long exploratory interviews with retired cadres, and then designed questionnaires distributed to hundreds of others for quantitative analysis. Finally, to understand the viewpoints of those with the most to gain, she interviewed younger, employed cadres. The result is a rich portrayal of manipulative leadership in post-Mao China, which reveals the key role of the private interests of all the parties involved.