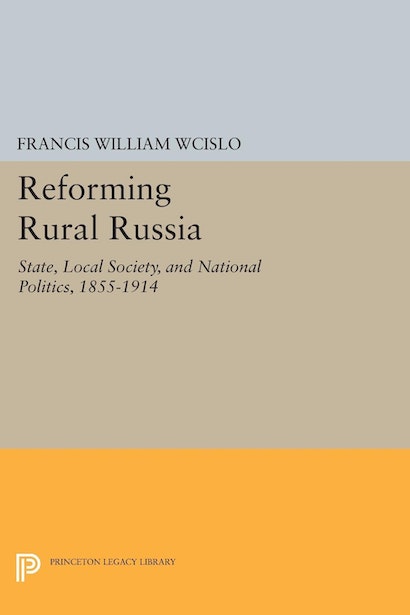 As he examines administrative reform of Russian rural local government between the abolition of serfdom and World War I, Francis William Wcislo takes as his theme the repeated attempts of tsarist statesmen to restructure the most critical mediating link between the autocratic state and a rapidly modernizing agrarian society. His broader objective, however, is to use the issue of autocratic politics to probe the character and evolution of bureaucratic mentalit in this period.

Wcislo links the social, psychological, ideological, and institutional nexus of the bureaucracy with its social underpinnings in rural society and lays bare the connections of the bureaucratic world with its traditional social base among the service nobility and the peasantry. Placing the conflicting views of officials within the context of the two political cultures of old regime society, he shows how bureaucratic reformers anxious to promote civic culture were undermined by defenders of traditional autocracy and the society of service estates (soslovie) with which that autocracy had coexisted. This defense of tradition and the resulting failure of reformist initiatives were fundamental to the crisis of Russia in the early twentieth century.