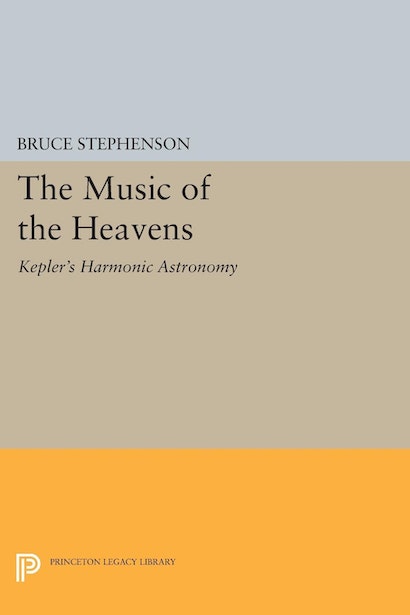 Valued today for its development of the third law of planetary motion, Harmonice mundi (1619) was intended by Kepler to expand on ancient efforts to discern a Creator’s plan for the planetary system — an arrangement thought to be based on harmonic relationships. Challenging critics who characterize Kepler’s theories of harmonic astronomy as “mystical,” Bruce Stephenson offers the first thorough technical analysis of the music the astronomer thought the heavens made, and the logic that led him to find musical patterns in his data. In so doing, Stephenson illuminates crucial aspects of Kepler’s intellectual development, particularly his ways of classifying and drawing inferences.

Beginning with a survey of similar theories associating music with the cyclic motions of planets, from Plato to Boethius, the author highlights Ptolemy’s Harmonics, a source of inspiration for Kepler’s later work. Turning to Kepler himself, Stephenson gives an account of his polyhedral theory, which explains the number and sizes of the planetary orbits in terms of the five regular poly-hedral. He then examines in detail an early theory that relates the planets’ vel-ocities to a musical chord, and analyzes Kepler’s unpublished commentary on Ptolemy’s Harmonics. Devoting most of his attention to Book Five of Harmonice mundi, in which Kepler elaborated on the musical structure of the planetary system, Stephenson lays important groundwork for any further evaluation of Kepler’s scientific thought.

"By 1618, Kepler had discovered his harmonic (or third) law of planetary motions. . . . Bruce Stephenson writes with great clarity and precision and leads the reader confidently through this rather complex byway of astronomical history. . . . Kepler's polyhedral theory of planetary distances is then studied in detail, followed by the core of the book: a thorough investigation of Kepler's musical harmonies of the heavens."—New Scientist