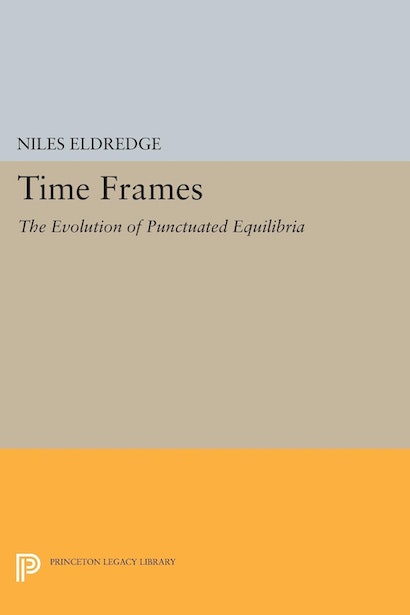 Scientists have recently begun to question one of the pillars of modern thought — Charles Darwin’s theory of evolution. Certainly evolution occurs; but if it is a slow, continuous process by which one species gradually modifies itself into a new one, as Darwin believed, why are there so many missing links in the fossil records? Two eminent scientists, Niles Eldredge and Stephen Jay Gould, startled the world by challenging Darwin’s cherished beliefs proposing instead that once a species has evolved it rarely undergoes change, and that the evolution of new species occurs only periodically, in relatively rapid spurts. In Time Frames Niles Eldredge explains how his own work with trilobite fossils led him to this unexpected conclusion, and describes the fascinating development of the new theory of punctuated equilibria.

"Niles Eldredge knows how to make science exciting. . . . The theory of punctuated equilibria . . . is made very accessible to a general reader."—The New York Times Book Review

"One of the most intriguing scientific detective stories of recent years."—The Washington Post Book World