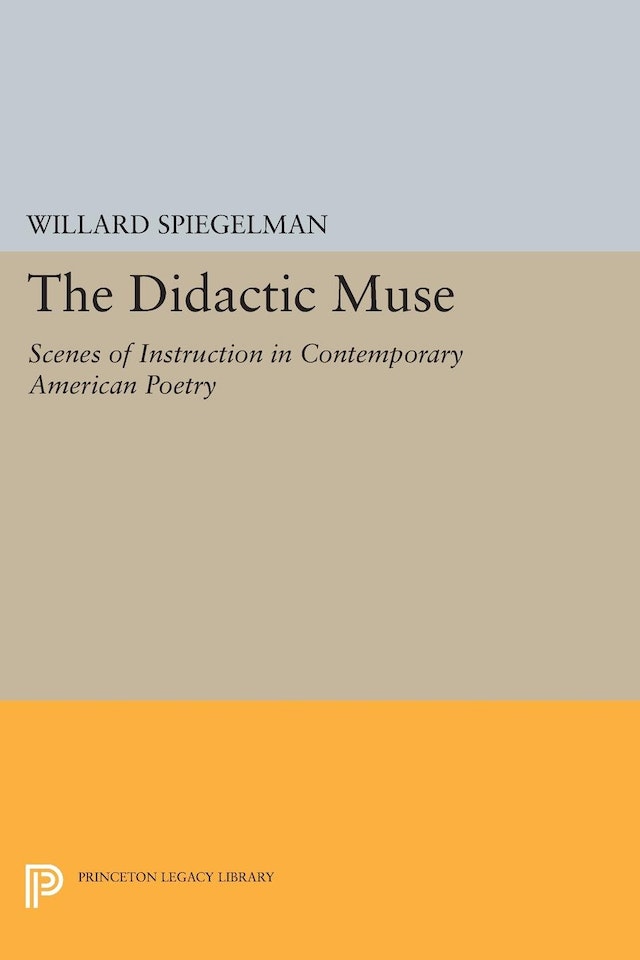 Writing with the vigor and elan that readers have come to expect from his many astute reviews and essays, Willard Spiegelman maintains that contemporary American poets have returned to the poetic aims of an earlier era: to edify, as well as to delight, and thus to serve the “didactic muse.” What Spiegelman says about individual poets — such as Nemerov, Hecht, Ginsberg, Pinsky, Ammons, Rich, and Merrill, among others — is wonderfully insightful. Furthermore, his outlook on their work — the way he takes quite literally the teacherly elements of their poems — challenges long-standing conceptions both about contemporary writing and about the poetry of the Eliot-Pound-Stevens-Williams generation. Beginning the book with a meditation on W. H. Auden’s legacy to American poets, Spiegelman ends with a discussion of the multiple scenes of learning in Merrill’s The Changing Light at Sandover, which he identifies as not only the major epic poem of the second half of the twentieth century but also as the period’s most important georgic: a textbook full of scientific, mythic, artistic, and human instruction. The Didactic Muse reminds us that poets have traditionally acknowledged their function as teachers, from Horace’s advice that poetry should please and instruct to Robert Frost’s aphorism that a poem “begins in delight and ends in wisdom.” Whereas many of the critical remarks of the most important Romantic and modern poets suggest their desperate attempts to separate poetry from instruction, Spiegelman demonstrates that their practices often contradicted their theories. And he shows that our best contemporary poets are now embracing the older, classical paradigms.