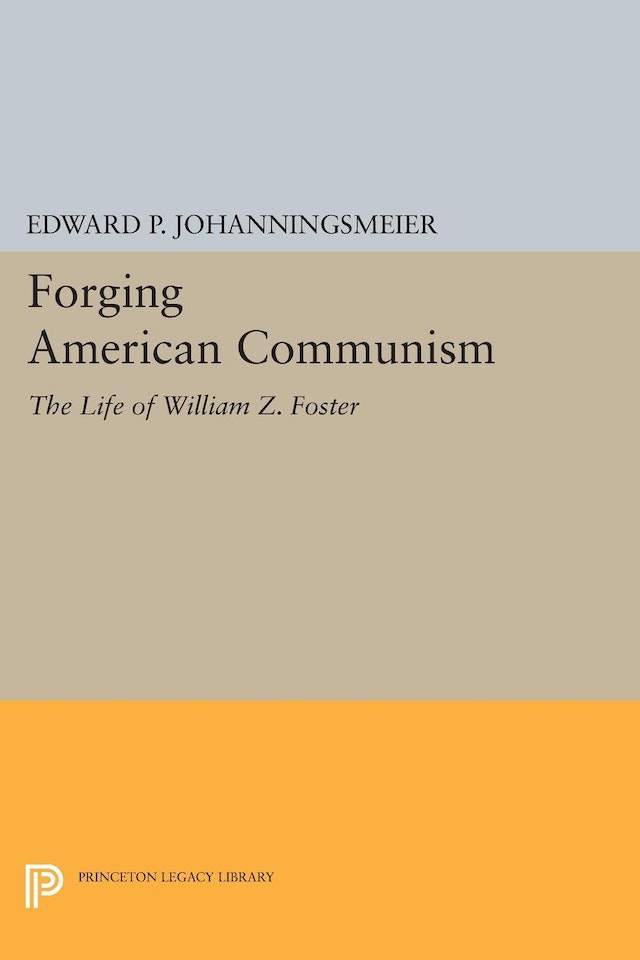 A major figure in the history of twentieth-century American radicalism, William Z. Foster (1881-1961) fought his way out of the slums of turn-of-the-century Philadelphia to become a professional revolutionary as well as a notorious and feared labor agitator. Drawing on private family papers, FBI files, and recently opened Russian archives, this first full-scale biography traces Foster’s early life as a world traveler, railroad worker, seaman, hobo, union activist, and radical journalist, and also probes the origins and implications of his ill-fated career as a top-echelon Communist official and three-time presidential candidate. Even though Foster’s long and eventful life ended in Moscow, where he was given a state funeral in Red Square, he was, as portrayed here, a thoroughly American radical.

The book not only reveals the circumstances of Foster’s poverty-stricken childhood in Philadelphia, but also vividly describes his work and travels in the American West. Also included are fascinating accounts of his early political career as a Socialist, “Wobbly,” and anarcho-syndicalist, and of his activities as the architect of giant organizing campaigns by the American Federation of Labor, involving hundreds of thousands of workers in the meatpacking and steel industries. The author views Foster’s influence in the American Communist movement from the perspective of the history of American labor and unionism, but he also offers a realistic assessment of Foster’s career in light of factional intrigues at the highest levels of the Communist International.

"Johanningsmeier has written a biography worthy of its subject. He has done so in large measure by drawing on newly available sources, including Foster's own papers, in Moscow.... [He] provides a compelling portrait of [Foster's] career and personality. Anyone who would understand the history of the American Left should read this book."—Bruce Nelson, American Historical Review

"This is a splendid book.... [It] is a major work that frees Foster from the twin straight-jackets of hagiography and red-baiting. This book is vital to our understanding of the vicissitudes of U.S. communism and labor radicalism in the twentieth century."—Daniel J. Leab, The Historian

"In the fall of 1919, William Z. Foster ... commanded national attention as the field general of the American Federation of Labor's ill-fated attempt to unionize the mightiest bastion of the open shop, the United States Steel corporation.... [This] is a good and useful and lucidly written book."—Journal of American History

"This book advances the historiography of communism in the United States considerably. Learned and reliable, it will be an important source for scholars for decades to come."—Bryan D. Palmer, Labour/Le Travail

"Edward Johanningsmeier's remarkable study makes clear that we can no longer dismiss William Z. Foster as a crude and stolid propagandist. The author offers us a new reading of a most complex life, which demonstrates a series of persistent themes in Foster's persona that closely link his life in the early syndicalist movement with his latterday experience as a World-War-I-era trade unionist and mid-twentieth century Communist. I found Johanningsmeier's close attention to Foster's use of language and metaphor wonderfully insightful—his book stands as a really useful application of the 'linguistic turn' in historical studies, one that genuinely widens our understanding of a man and his moment."—Nelson Lichtenstein, University of Virginia