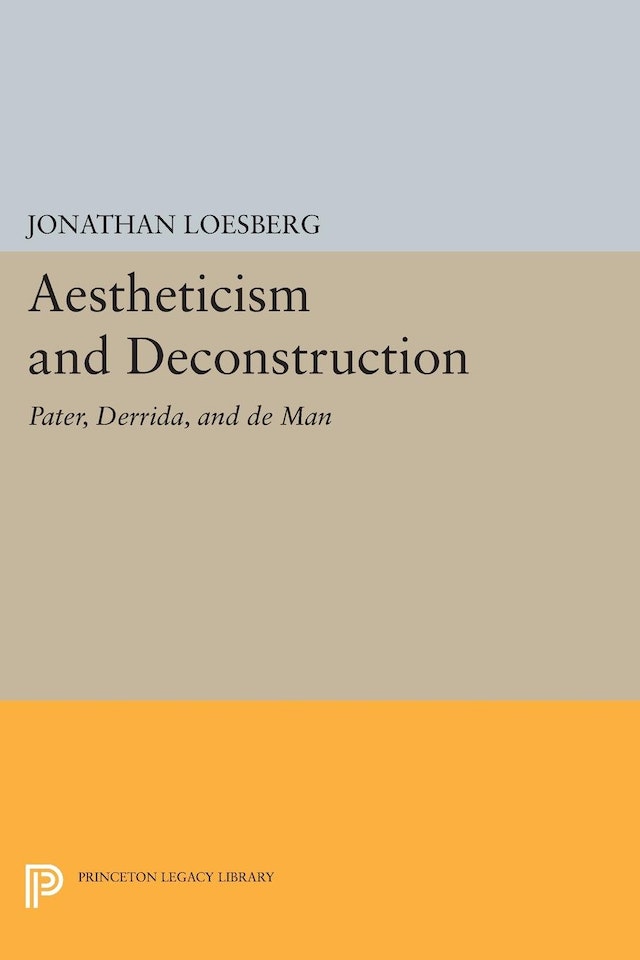 Considered an exemplar of “Art-for-Art’s Sake” in Victorian art and literature, Walter Pater (1839-1894) was co-opted as a standard bearer for the cult of hedonism by Oscar Wilde, and this version of aestheticism has since been used to attack deconstruction. Here Jonathan Loesberg boldly uses Pater’s important work on society and culture, Studies in the History of the Renaissance (1873), to argue that the habitual dismissal of deconstruction as “aestheticist” fails to recognize the genuine philosophic point and political engagement within aestheticism. Reading Jacques Derrida and Paul de Man in light of Pater’s Renaissance, Loesberg begins by accepting the charge that deconstruction is “aestheticist.” He goes on to show, however, that aestheticism and modern deconstruction both produce philosophical knowledge and political effect through persistent self-questioning or “self-resistance” and in the internal critique and destabilization of hegemonic truths. Throughout Loesberg reinterprets Pater and reexamines the contributions of deconstruction in relation to the apparent theoretical shift away from deconstruction and toward new historicism.