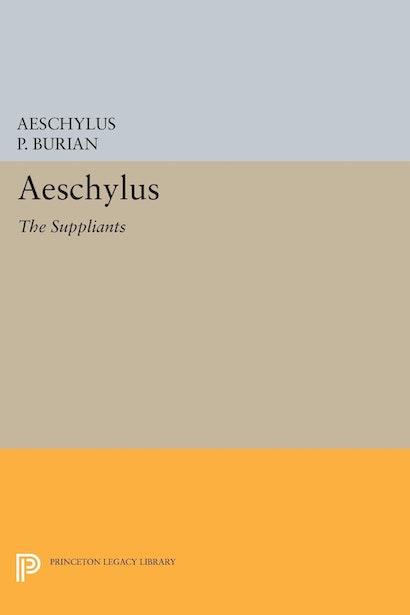 An extraordinary drama of flight and rescue arising from women’s resistance to marriage, The Suppliants is surprising both for its exotic color and for its forceful enactment of the primal struggle between male and female, lust and terror, brutality and cunning. In his translation of this ancient Greek drama, Peter Burian introduces a new generation of readers to a powerful work of Aeschylus’ later years. He conveys the strength and daring of Aeschylus’ language in the idiom of our own time, while respecting what is essentially classical in this dramatist’s art: the rigor of the formal constraint with which he compresses high emotion to the bursting point. The Suppliants, which is the first and only surviving part of a trilogy, does not conform to our expectations of Greek drama in that it has neither hero, nor downfall, nor tragic conclusion. Instead the play portrays unresolved conflicts of sexuality, love, and emotional maturity. These distinctly modern themes come alive in a translation that re-creates the psychological immediacy as well as the dramatic tension of this ancient work.