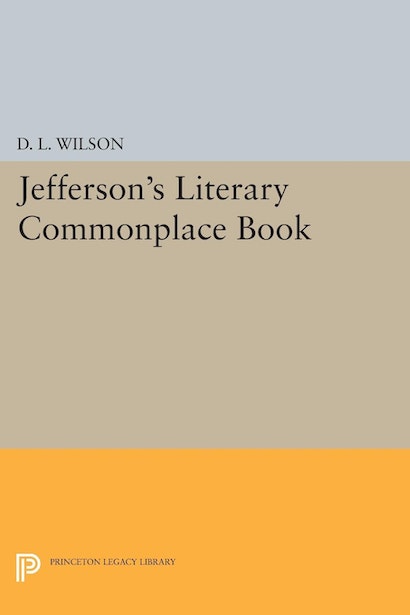 This work is a new edition of Thomas Jefferson’s literary commonplace book, a notebook of his literary and philosophical reading. Unlike the only previous edition, published in 1928, it contains full annotation, pertinent information on the authors and works commonplaced, and a rationale for dating the entries. Thus it is now possible to show that most of the four hundred seven passages were entered when Jefferson was a young man, between the ages of fifteen and thirty. As such, they reflect the range of his literary interests from his school days to about the time of his marriage and involvement in politics.

As one of the few surviving documents from Jefferson’s early years, this notebook assumes special importance as a source of insight into the least known period of his life. In the introduction the editor presents reasons for thinking that the commonplace book was more to Jefferson than a literary sampler and was in some respects a deeply personal notebook with direct connections to the emotional events and preoccupations of his formative years. In addition to the text and annotation, the book contains a register of authors and an illustrated essay on Jefferson’s handwriting that provides the rationale for assigning approximate dates to the entries of the commonplace book.