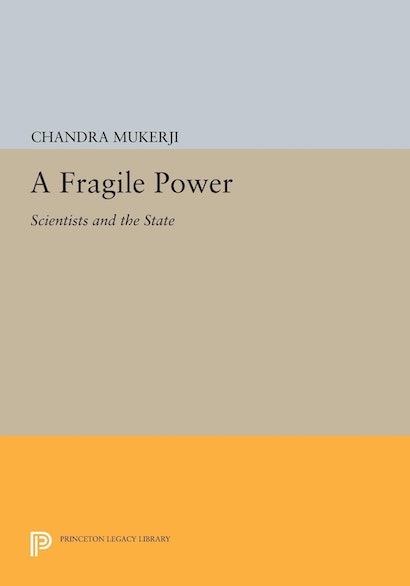 When the National Science Foundation funds research about the earth’s crust and the Department of Energy supports studies on the disposal of nuclear wastes, what do they expect for their money? Most scientists believe that in such cases the government wants information for immediate use or directions for seeking future benefits from nature. Challenging this oversimplified view, Chandra Mukerji depicts a more complex interdependence between science and the state. She uses vivid examples from the heavily funded field of oceanography, particularly from recent work on seafloor hot springs and on ocean disposal of nuclear wastes, to raise questions about science as it is practiced and financed today. She finds that scientists act less as purveyors of knowledge to the government than as an elite and highly skilled talent pool retained to give legitimacy to U.S. policies and programs: scientists allow their authority to be projected onto government officials who use scientific ideas for political purposes. Writing in a crisp and jargon-free style, Mukerji reveals the peculiar mix of autonomy and dependency defined for researchers after World War II — a mix that has changed since then but that continues to shape the practical conduct of science. Scientists use their control over the scientific content of research to convince themselves of their autonomy and to achieve some power in their dealings with funding agencies, but they remain fundamentally dependent on the state. Mukerji argues that they constitute a kind of reserve force, like the Army or Navy reserves, paid by the government to do research only because science is politically essential to the workings of the modern state. This book is essential reading not only for sociologists and students of science and society, and for oceanographers, but also for every scientist whose work depends directly or indirectly on government support.

"What in fact does the Government want in exchange for its lavish support of big science projects.... How are research priorities influenced by political and economic relationships? A Fragile Power addresses these critical questions."—The New York Times