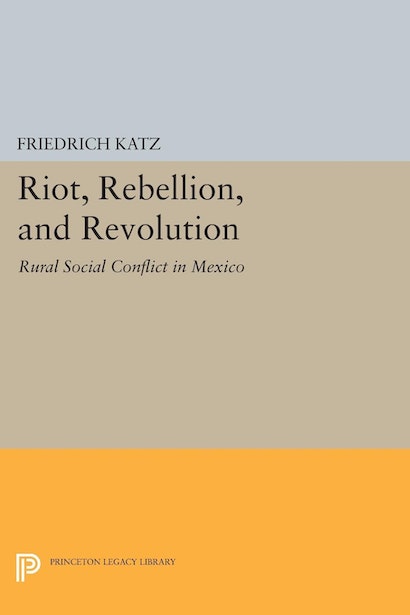 Since the Mexican Revolution of 1910-1920, Mexico’s rebellious peasant has become a subject not only of history but of literature, film, and paintings. With his sombrero, his machete, and his rifle, he marches or rides through countless Hollywood or Mexican films, killing brutal overseers, hacienda owners, corrupt officials, and federal soldiers. Some of Mexico’s greatest painters, such as Diego Rivera, have portrayed him as one of the motive forces of Mexican history. Was this in fact the case? Or are we dealing with a legend forged in the aftermath of the Revolution and applied to the Revolution itself and to earlier periods of Mexican history? This is one of the main questions discussed by the international group of scholars whose work is gathered in this volume. They address the subject of agrarian revolts in Mexico from the pre-Columbian period through the twentieth century. The volume offers a unique perspective not only on Mexican riots, rebellions, and revolutions through time but also on Mexican social movements in contrast to those in the rest of Latin America.