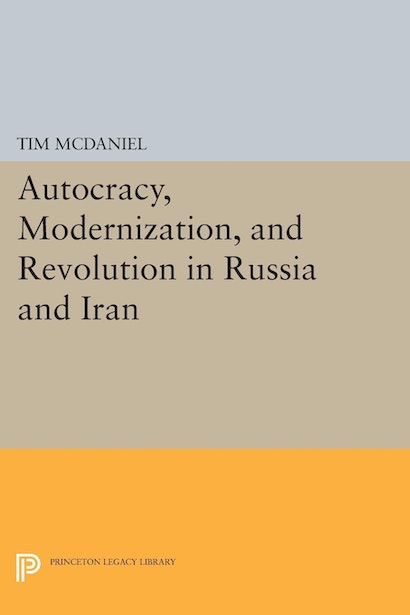 What did the Russian revolution of 1917 and the Iranian revolution of 1978-1979 share besides their drama? How can we compare a revolution led by Lenin with one inspired by Khomeini? How is a revolution based primarily on the urban working class similar to one founded to a significant degree on traditional groups like the bazaaris, small craftsmen, and religious students and preachers? Identifying a distinctive route to modernity — autocratic modernization — Tim McDaniel explores the dilemmas inherent in the efforts of autocratic monarchies in Russia and Iran to transform their countries into modern industrial societies.

"An important and provocative comparative study. . . . [This book] is certainly a 'must' read for comparative, historical, and political sociologists of all stripes, not just specialists on Russia or Iran."—Jeff Goodwin, American Journal of Sociology

"This is a stimulating, exciting read, a fresh take on the causes of (certain) revolutions, filled with perceptive analysis of two cases. . . . I heartily hope that it reaches the wide audience it deserves, which extends to anyone interested in good macrosociology generally."—John Foran, Contemporary Sociology