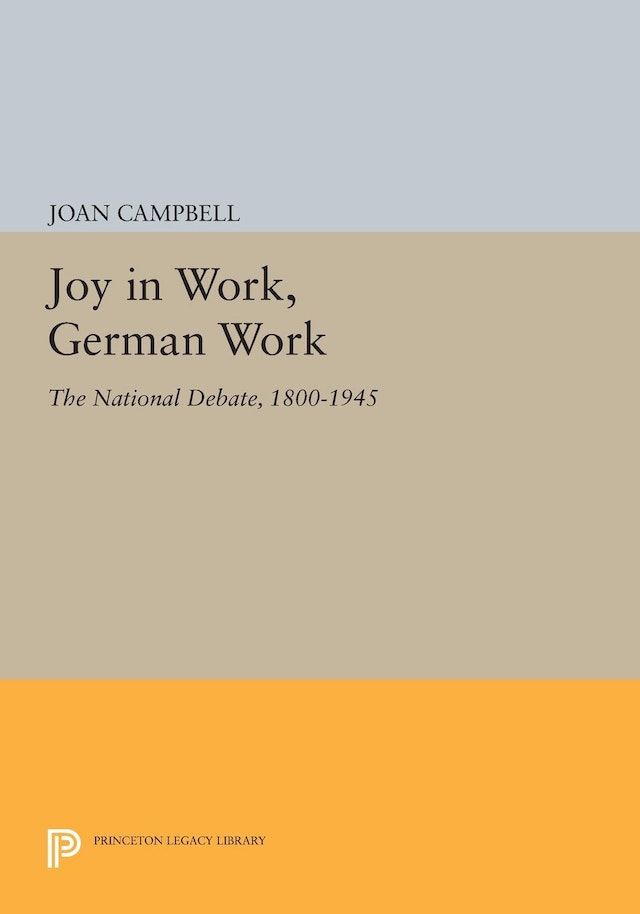 This book analyzes in vivid detail the German debate about the importance and meaning of work as it changed under the impact of industrialization, with special emphasis on the period between the two world wars. A social history of ideas, it covers the writings of such thinkers as Hegel, Marx, and Weber, but also examines contributions made by industrial psychologists, engineers, educators, and others who actively promoted reforms designed to solve the problem of alienation whether by changing the nature of work or by altering worker attitudes. A final section deals with the National Socialists, who promised to reinvigorate the German work ethic, restore joy in work, and reintegrate the German worker into the Volk community. The author draws our attention particularly to the Third Reich’s policies and institutions aimed at realizing these Nationalist Socialist objectives concerning the worker. In so doing, Joan Campbell shows how the history of the idea of work deepens our understanding of the origins, nature, and appeal of Nazism. In a broader context, she uses her sources to explore the relationship between social and intellectual change.