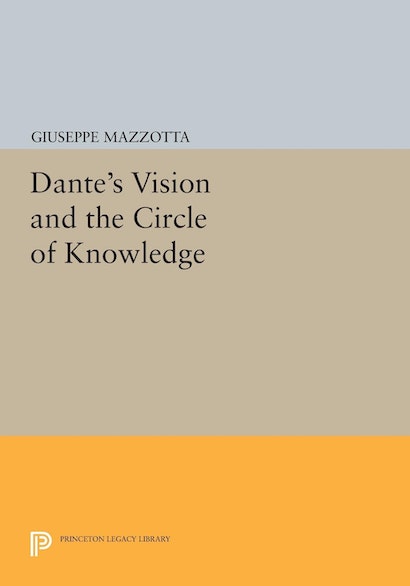 In a masterly synthesis of historical and literary analysis, Giuseppe Mazzotta shows how medieval knowledge systems — the cycle of the liberal arts, ethics, politics, and theology — interacted with poetry and elevated the Divine Comedy to a central position in shaping all other forms of discursive knowledge. To trace the circle of Dante’s intellectual concerns, Mazzotta examines the structure and aims of medieval encyclopedias, especially in the twelfth and thirteenth centuries; the medieval classification of knowledge; the battle of the arts; the role of the imagination; the tension between knowledge and vision; and Dante’s theological speculations in his constitution of what Mazzotta calls aesthetic, ludic theology. As a poet, Dante puts himself at the center of intellectual debates of his time and radically redefines their configuration. In this book, Mazzotta offers powerful new readings of a poet who stands amid his culture’s crisis and fragmentation, one who responds to and counters them in his work. In a critical gesture that enacts Dante’s own insight, Mazzotta’s practice is also a fresh contribution to the theoretical literary debates of the present.

"Mazzotta's path-breaking alignment of medieval encyclopedias with Dante's poem sets new trends for Dante scholarship while silencing the debate between formalists and non-formalists which has directed Dante scholarship since the turn of the century. The book also offers startling new directions for medieval studies in general."—Brenda Deen Schildgen, Modern Language Notes