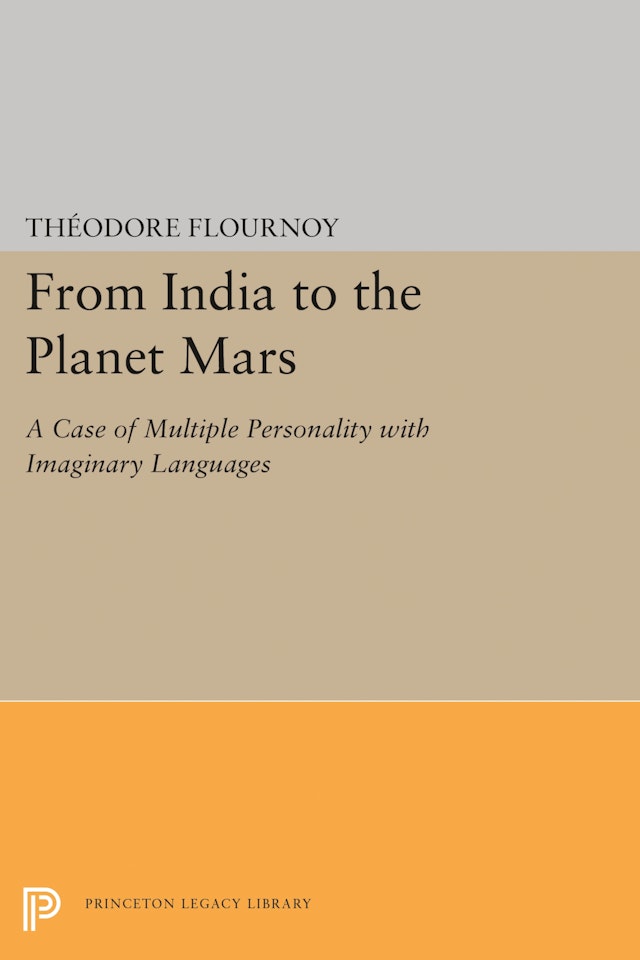 A classic in the field of psychology, From India to Planet Mars (1900) depicts the remarkable multiple existence of the medium Hélène Smith, who claimed to be the reincarnation of Marie Antoinette, of a Hindu princess from fifteenth-century India, and of a regular visitor to Mars, whose landscapes she painted and whose language she appeared to speak fluently. Through a psychological interpretation of these fantasies, which consisted in the subliminal elaboration of forgotten memories, Théodore Flournoy vastly extended the scope and understanding of the unconscious, and in particular, of its creative and mythopoetic capacities. In the introduction to this work, Soriu Shamdasani evokes the rich cultural and intellectual setting which Flournoy published his findings, and discusses their impact on Freud, Jung, and other pioneers psychology.

"Readers ... will be very interested in the recently published version of Théodore Flournoy's wonderfully written examination of a young medium whom he has diagnosed as having [multiple personality disorder]. This volume is a double treat because in addition to the main body ... it has a fascinating and in-depth scholarly introduction ... that places the book in its historical context and sheds light on its importance then and now."—Contemporary Psychology

"Two books that became classics in dynamic psychiatry appeared in 1900: Flournoy's From India to the Planet Mars and Freud's Interpretation of Dreams.... [The former] told the story of Théodore Flournoy's five-year investigation in Geneva of Catherine Muller [whom he called "Hélène Smith"], who claimed to have the gift of clairvoyance and the ability to reincarnate, in her mediumistic trances, phases of her previous lives.... This book, as entertaining as a novel by Jules Verne or H. G. Wells, is a deep-reaching analysis of some of the subtle processes of the subconscious mind. It brings evidence of subliminal imaging as a creative and continuous activity."—Henri Ellenberger, The Discovery of the Unconscious