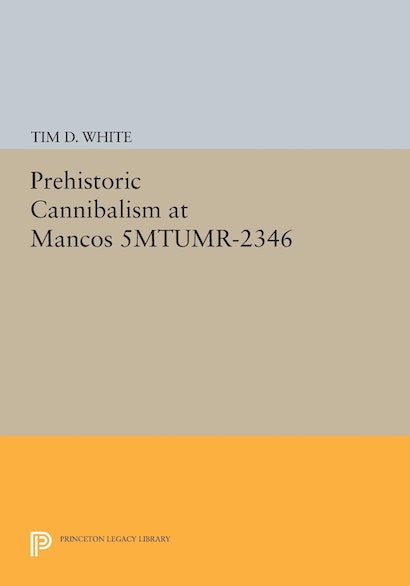 Cannibalism is one of the oldest and most emotionally charged topics in anthropological literature. Tim White’s analysis of human bones from an Anasazi pueblo in southwestern Colorado, site 5MTUMR-2346, reveals that nearly thirty men, women, and children were butchered and cooked there around A.D. 1100. Their bones were fractured for marrow, and the remains discarded in several rooms of the pueblo. By comparing the human skeletal remains with those of animals used for food at other sites, the author analyzes evidence for skinning, dismembering, cooking, and fracturing to infer that cannibalism took place at Mancos. As White evaluates claims for cannibalism in ethnographic and archaeological contexts worldwide, he describes how cultural biases can often distort the interpretation of scientific data. This book applies and introduces anatomical, taphonomic, zooarchaeological, and forensic methods in the investigation of prehistoric human behavior. It is an important example of how we can exchange opinion for knowledge. “Cannibalism is a controversial topic because many people do not want to believe that their prehistoric ancestors engaged in such activity, but they will be hard put to reject this meticulous study.” — Kent V. Flannery, University of Michigan “This is the best piece of detailed research yet to appear that seeks to put in place a body of justified knowledge and a procedure for its use in making inferences about the past. No student of bones can ignore this work.” — Lewis R. Binford, University of New Mexico “This could be one of the most important books in archaeology written in the last decade.” — James F. O’Connell, University of Utah “Paleontologists and zooarchaeologists, archaeologists and physical anthropologists, taphonomists, and forensic scientists should all read this work. Quite frankly, I think this will become one of the most important books of the 1990s…” — R. Lee Lyman, University of Missouri-Columbia

"What distinguishes White's effort from some of the more notable recent books about bones is that his original research is as impeccable as his theory.... [This book] will prove a major influence on those who analyze bone assemblages, whatever their provenance and origin, for years to come."—American Scientist