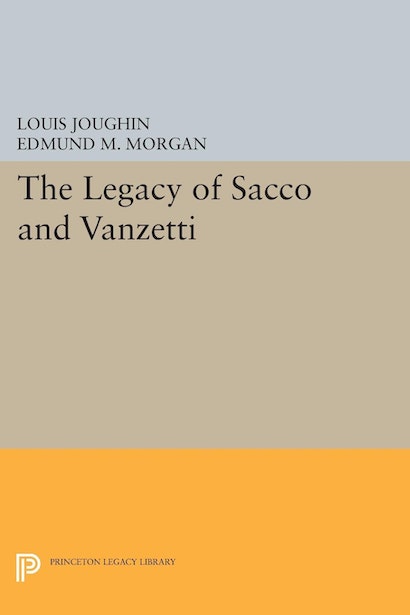 “A definitive history of the case…notable alike for its clarity and its fairness….Professors Joughin and Morgan conclude that Sacco and Vanzetti were the victims of a sick society, in which prejudice, chauvinism, hysteria, and malice were endemic. Few who will read this moving work will doubt that they have proved their point.”—The New York Times

“This was not merely a trial in court nor even a sociological phenomenon in the history of the United States. It was a spiritual experience and setback which only a fundamentally healthy America could have endured….What influence was it that brought such world figures as Clarence Darrow, William Borah, H.G. Wells, Arnold Bennett, Edna St. Vincent Millay, George Bernard Shaw, Arthur Brisbane, William Allen White, Fritz Kreisler, Albert Einstein and others to plead for men entirely unknown to them? Joughin and Morgan tell you why with the clarity and thoroughness of scholars and with the authority which their long study, impartiality, and sincerity assure and guarantee. It is a book that will excite and anger you.”—The New Republic