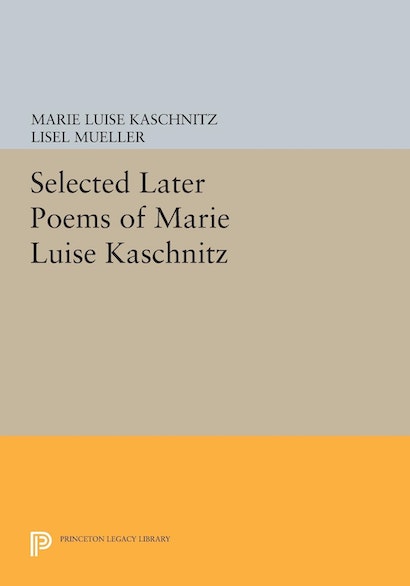 In spite of her renown in Germany :is a distinguished poet as well as a writer of fiction and essays, Marie Luisc Kaschnitz (190!-1974) is scarcely recognized in the United States. This first book-length translation into English of her work makes available a selection of poems that dale from the last two decades of her life and that articulate, in the translator’s words, the slow, painful self-discoveries that come with time and suffering.”