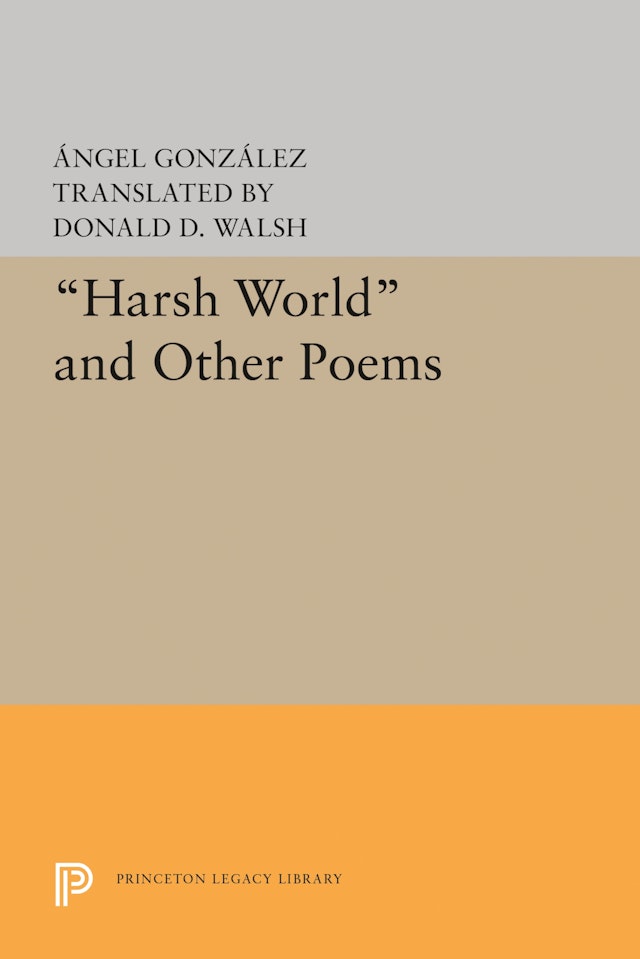 Although seven volumes of his poetry are available in Spanish, the work of Ángel González has not been widely translated into English. This bilingual edition, introduced by the poet, presents selections from Palabra sobre palabra (Word upon Word), his definitive collection. Included are poems from Grado elemental (Elementary Grade), which won the Antonio Machado Prize for Poetry.

Born in Oviedo, Spain in 1925, Ángel González published his first book in 1956 to immediate acclaim. His poetry is characterized by striking imagery and deeply personal statement that is often sad and sardonic.

Of his work González writes, “ ‘Experience,’ ‘reality’, and ‘preciseness of expression’ are probably…the boundaries that limit the space, on a horizontal plane, in which my poetic intentions move. Upon this plane, trying to add another dimension, I attempt to erect my creative and imaginative possibilities….In some of these poems, written and published in Spain, the result of a determined desire to bear witness will have to be sought not in what the words say but in what they imply, in the spaces of shadow, of silence of anger, or of helplessness that they discover or uncover.”