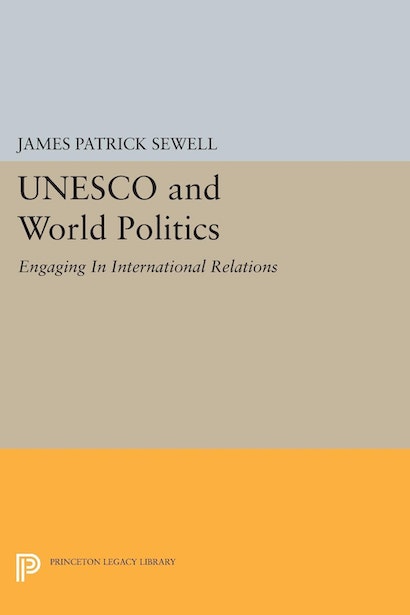 That intergovernmental organizations do not operate effectively has long been apparent. Why they fail to do so has puzzled observers, as has the lack of a satisfying explanation of how these institutions actually do work. Using the concept of “engaging,” James P. Sewell investigates the development of the United Nations Educational, Scientific, and Cultural Organization (UNESCO).

The concept of engaging—becoming involved or more involved in a continuing international relationship—permits the author to focus on levels and timing of participation as well as on the participants’ motives. Drawing on extensive interviews and on published and unpublished material, his study traces UNESCO’s formation and evolution from 1941 to 1972. He considers different forms of engagement, conditions of their effectiveness, and the important role played by political leaders. The concept of engaging provides new insight into several significant questions. How and with what domestic consequences do actors respond to the challenges of an international organization? Why and how do executive managers induce closer engagement in their institutions? Professor Sewell’s innovative approach is applicable to the study of all types of intergovernmental organizations.