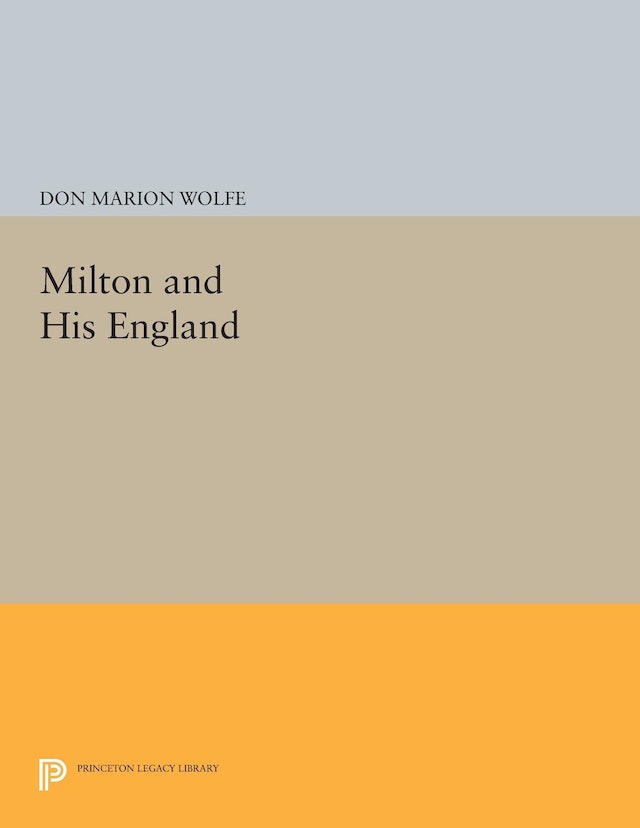 In narrative and some 120 pictures, Don M. Wolfe traces Milton’s life in the context of the public events and common scenes of his time. His illustrations and vignettes, supported by passages from the history of the period as well as the poet’s own writings, bring to life the people, politics, and society of seventeenth-century England: maidens carrying fresh cream and cheese on their heads, men with hats and caps to sell; the Long Parliament of 1640; Charles I’s summary trial and execution; Cromwell’s Protectorate; the London Plague of 1665 and the Great Fire of 1666; the publication of Paradise Lost.

The principal figure is, of course, John Milton, seen first as a boy of ten, sober and confident, even “then a poet.” He is seen also as a traveler to the continent in 1638-1639, when he filled his mind with scenes and places that he would use in Paradise Lost: the sulphuric Phlegraean Fields outside Naples; Galileo, the “Tuscan artist” with optic glass. Milton the revolutionary is described, the libertarian pamphleteer whose passionate cry that every man had the right “to know, to utter, to argue freely” was realized around the campfires of the New Model Army. Throughout, Milton is depicted also as the poet aspiring to “leave something so written to aftertimes, as they should not willingly let it die”—his creative genius coming forth at last in Paradise Lost and his final major work, Samson Agonistes.