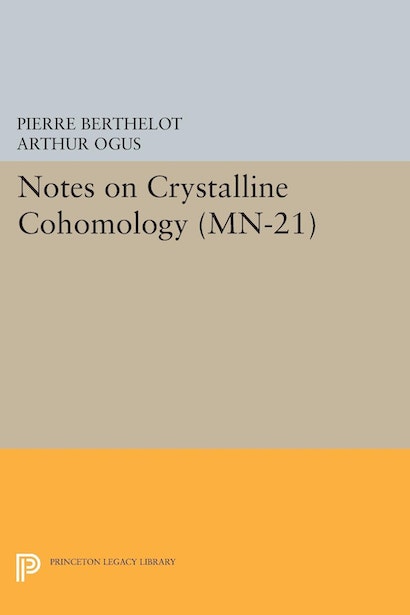 Written by Arthur Ogus on the basis of notes from Pierre Berthelot’s seminar on crystalline cohomology at Princeton University in the spring of 1974, this book constitutes an informal introduction to a significant branch of algebraic geometry. Specifically, it provides the basic tools used in the study of crystalline cohomology of algebraic varieties in positive characteristic.