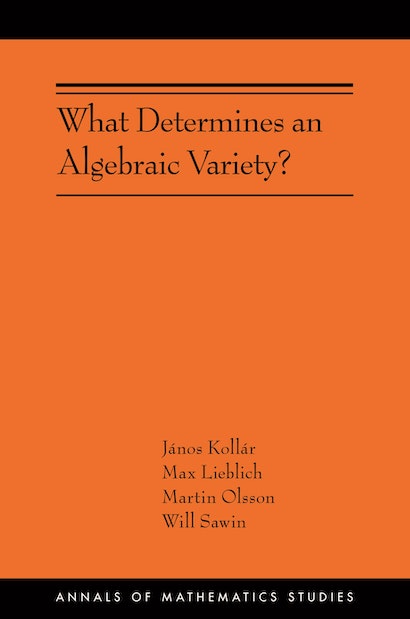 One of the crowning achievements of nineteenth-century mathematics was the proof that the geometry of lines in space uniquely determines the Cartesian coordinates, up to a linear ambiguity. What Determines an Algebraic Variety? develops a nonlinear version of this theory, offering the first nonlinear generalization of the seminal work of Veblen and Young in a century. While the book uses cutting-edge techniques, the statements of its theorems would have been understandable a century ago; despite this, the results are totally unexpected. Putting geometry first in algebraic geometry, the book provides a new perspective on a classical theorem of fundamental importance to a wide range of fields in mathematics.

Starting with basic observations, the book shows how to read off various properties of a variety from its geometry. The results get stronger as the dimension increases. The main result then says that a normal projective variety of dimension at least 4 over a field of characteristic 0 is completely determined by its Zariski topological space. There are many open questions in dimensions 2 and 3, and in positive characteristic.