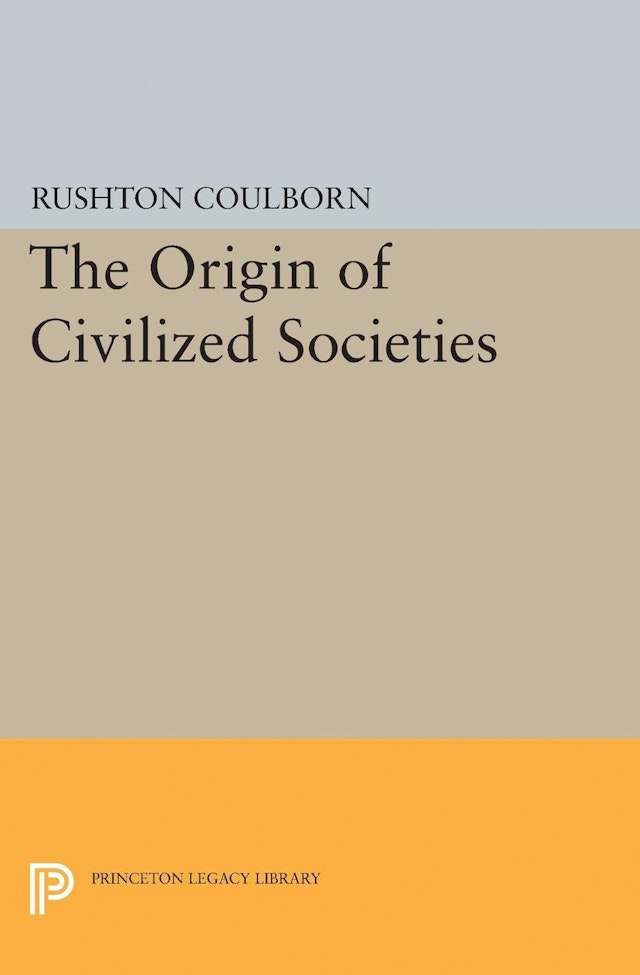 The receding of the ice in the last Pleistocene Ice Age, the resulting dessication, and the emigration of peoples into river valleys and other places where control of water required new forms of civilization are here seen as the chief causes of the origin of the seven primary societies-Egyptian, Mesopotamian, Indian, Cretan, Chinese, Middle American, and Andean. Professor Coulborn presents clearly and convincingly a number of significant conclusions concerning the formation of civilized societies as well as an abundantly documented and an analysis of the pertinent data drawn from archaeology, anthropology, and history. He shows how a new religion in each case gave the settlers the needed courage to survive the hazards of difficult physical environment, and he concludes that religious acts occupied a central place in the formation and initial development of all the primary societies.