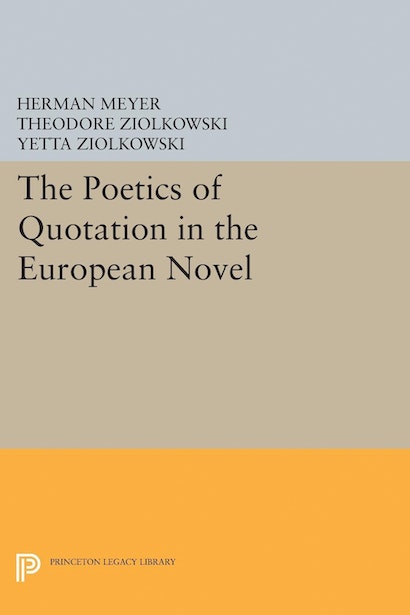 This work, which has had a pronounced impact on European literary scholarship since its publication in 1961, represents a new and imaginative approach to the history and poetics of the novel. Emil Staiger, dean of Swiss critics, describes Professor Meyer as ” … a literary historian, who has a sense for the mixture of seriousness and playfulness in literature, who can talk seriously about the play and ironically about the seriousness … who has at his disposal the most thorough knowledge and never becomes ponderous … writes easily and gracefully.” The art of quoting is traced in Rabelais, Cervantes, and Sterne, followed by the development of these techniques in six major novelists from Wieland to Thomas Mann.