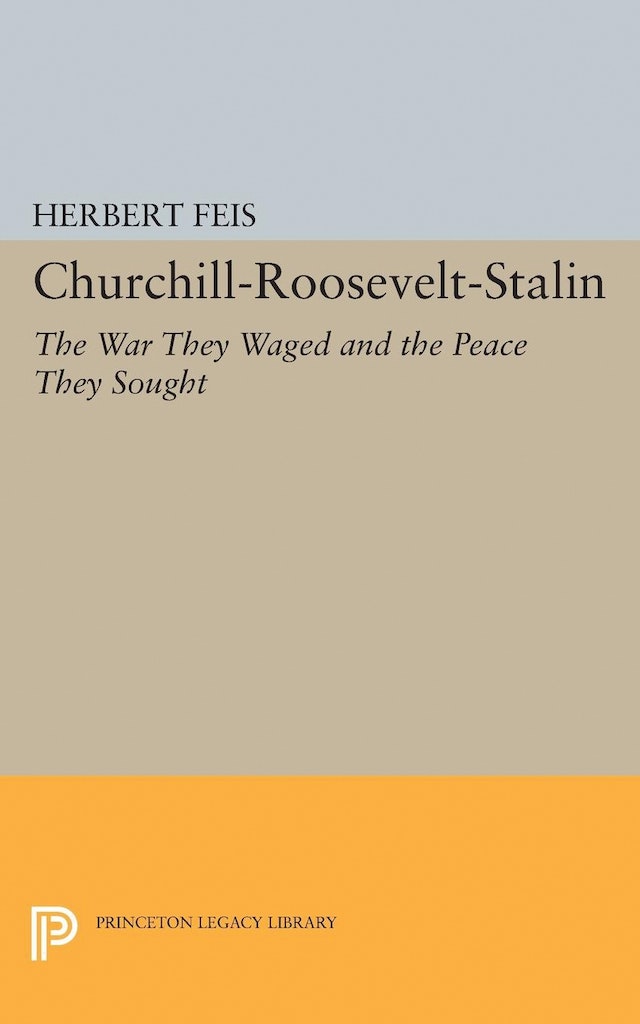 This is the story of the great coalition formed by the United States, Great Britain, and Soviet Russia to combat the Axis in World War II. Mr. Feis traces the ideas and purposes that governed each member of this alliance, and the gradual separation between the West and Russia as victory over Germany was achieved. While adding new information and new interpretation, Mr. Feis comprehends this “one war and three wills” as a whole, relating diplomacy and strategy to each other against the background of circumstance. The acts and characteristics of the dominating figures—Churchill, Roosevelt, Stalin—emerge in new historical perspective as the story tells what they did and why. The narrative begins early in 1941 as the coalition is emerging and ends after the collapse of Germany in 1945. Among the dements arc: the early grasping of the Soviet government for territorial claims; the continuous discussion over strategy; the dramatic difficulties with the Soviet authorities over control of Italy, Poland, and Rumania; the variations in the plans for Germany, including dismemberment; the Casablanca, Moscow, Cairo, Teheran, and Yalta conferences; the spreading disquiet over Soviet intentions in Europe and the Far East.