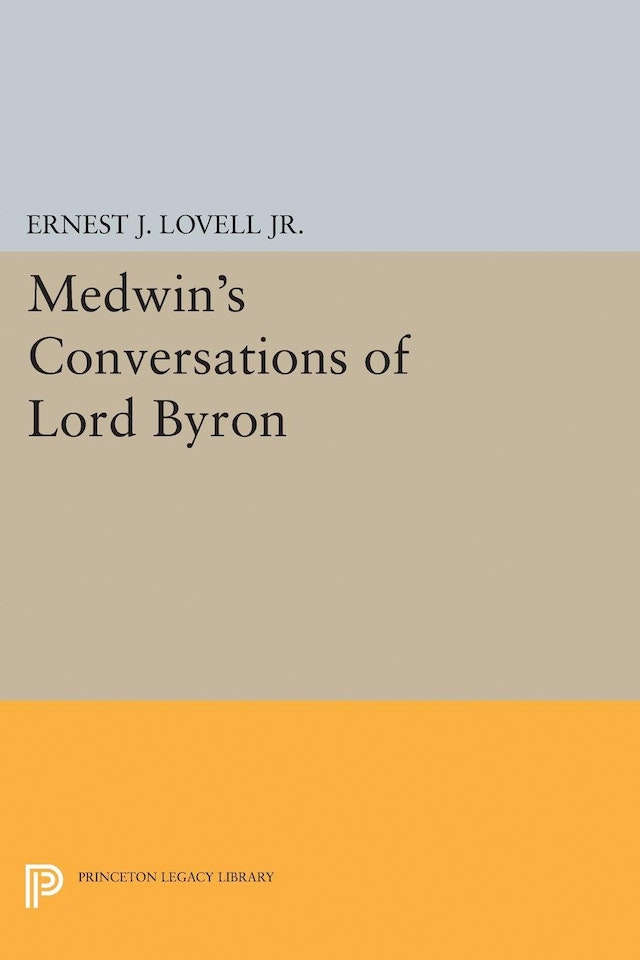 One of the most racy, entertaining, and valuable contemporary accounts of Byron, Medwin’s Conversations created a furor among Byron’s many friends and enemies, especially those who appear in it. In the notes to this edition, Professor Lovell has assembled in the appropriate place comments on and corrections of Medwin’s account by Lady Byron, John Cam Hobhouse, E.J. Trelawny, Sir Charles Napier, John Murray, John Galt, William Harness, Robert Southey, Lady Caroline Lamb, Leigh Hunt, Mary Shelley, Sir Walter Scott, Countess Teresa Guiccioli William Fletcher, and others. The result is a continuing dialogue as one. witness debates with another. The text is based upon Medwin’s own copy of the third London edition of 1824, heavily annotated by the author.