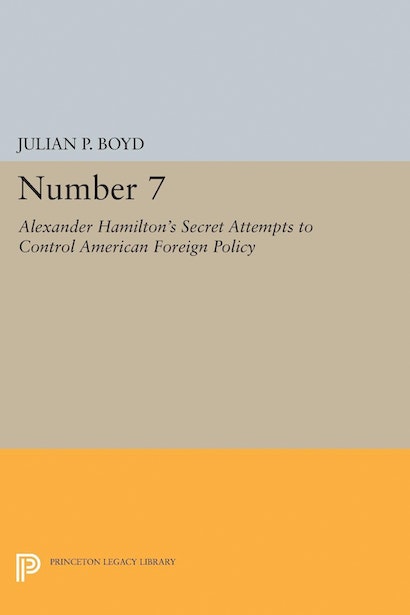 This volume is concerned with the effort of Alexander Hamilton (designated as “Number 7” in the dispatches of a British secret agent) as Secretary of the Treasury, aided by powerful support in the Senate and House of Representatives, to guide American foreign policy toward a closer connection with Great Britain. The book shows that Hamilton revealed secret cabinet discussions to a British intelligence agent, failed to inform Washington and Secretary of State Jefferson of his discussions with the British agent, and finally under impact of the war crisis informed them falsely. Hamilton committed “almost the gravest offense of which a cabinet officer can be guilty in his role of responsible advisor to the head of a state,” says Professor Boyd. The text of this volume, except for the Foreword, the concluding passages, and a few additional documents, is contained in Volume 17 of The Papers of Thomas Jefferson.