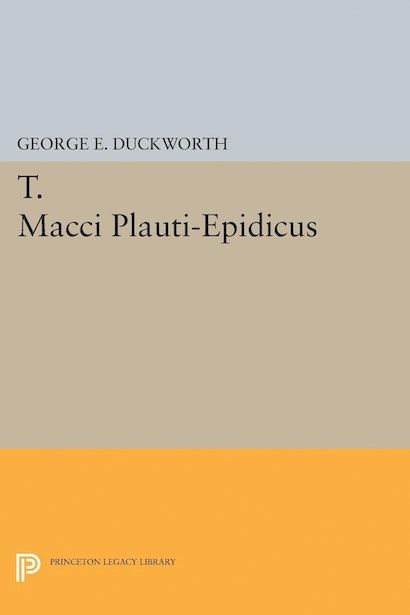 A distinguished publication of the famous comedy of Plautus which includes a fully revised text with many new scansions; a new critical apparatus based upon a rereading of the important medieval manuscripts and involving correction and supplement of the Goetz editions; and an extensive commentary.