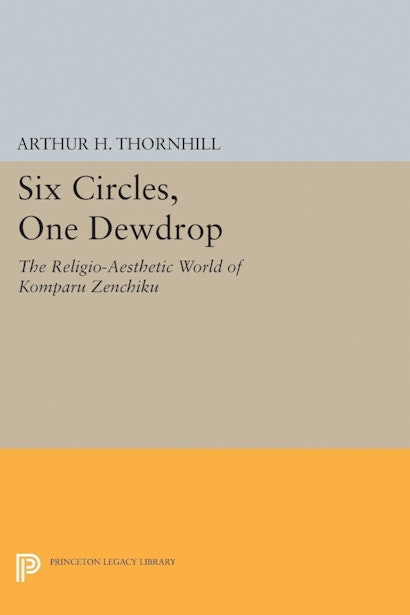 Noh drama has long fascinated Westerners by its poetic excellence and its dramatic power. To the student of medieval Japanese culture, however, noh writings, especially dramaturgical treatises, are also of immense value as “monuments” of culture. To uncover the larger patterns of cultural discourse in these theoretical works, Arthur Thornhill presents the first major study in English of the dramaturgical treatises of Komparu Zenchiku (1405-1468?), son-in-law and pupil of the illustrious Zeami and a pivotal figure in the history of Japanese noh drama. The book begins with annotated translations of two of Zenchiku’s most important treatises, which delineate a system of seven symbolic categories called “six circles and one dewdrop.” Especially significant are two commentaries appended to the first treatise and composed by the Buddhist prelate Shigyoku (1383-1463) and Ichijo Kaneyoshi (1402-1481), the renowned court official and scholar of native literature and the Chinese classics. Together Zenchiku’s symbolic system and the two commentaries reveal a microcosm of the intellectual and cultural dialogue among the dominant creeds of the Muromachi period — Buddhism, Confucianism, and Shinto.

"Thornhill has ... chosen for his subject a collection of texts by dramatists, poets, religious leaders, and thinkers. Based on this complex textual source, Thornhill draws conclusions with important implications for reconsidering the disciplinary categories that currently form both academic study and popular conceptions of Muromachi history and culture."—Journal of Asian Studies