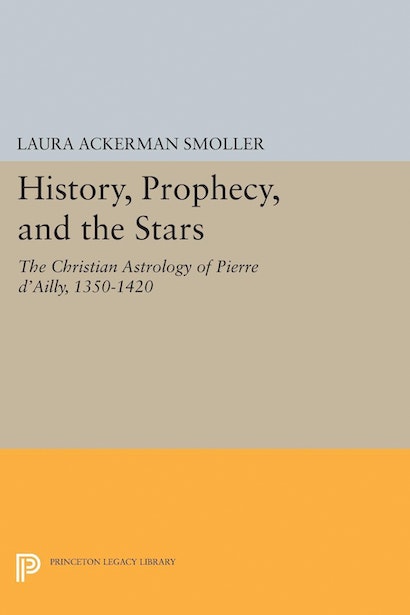 Although astrology was viewed with suspicion by the medieval church, it became a major area of inquiry for the renowned cardinal and scholar Pierre d’Ailly, whose astrological and apocalyptic writings had a significant influence on Christopher Columbus. D’Ailly’s writings on the stars, the focus of this book, clearly illustrate the complex relationships among astrology, science, and Christian thinking in the late Middle Ages. Through an examination of his letters, sermons, and philosophical, astrological, and theological treatises, Laura Ackerman Smoller reveals astrology’s appeal as a scientific means to interpret history and prophecy, and not merely as a magical way to forecast and manipulate one’s own fate. At the same time, she shows how d’Ailly dealt with delicate problems — such as free will and God’s omnipotence — in elevating astrology to a compelling, but not always consistent, “natural theology.” The French cardinal’s most intriguing prediction was for the advent of Antichrist in 1789, one that stemmed from his deep concern over the Great Schism (1378-1414). Smoller maintains that the division in the church led d’Ailly to fear the imminence of the apocalypse, and that he eventually turned to astrology to quell his apocalyptic fears, thereby gaining confidence that a church council could heal the Schism. In elucidating the place of astrology in medieval society, this book also affords a personal glimpse of a man facing a profound crisis.

"A book of considerable charm and erudition. [Smoller's] writings make d'Ailly spring to life.... History, Prophecy, and the Stars is a pleasure to read and should go a long way towards rescuing medieval astrology from being lightly dismissed as mere magical mumbo jumbo."—New Scientist