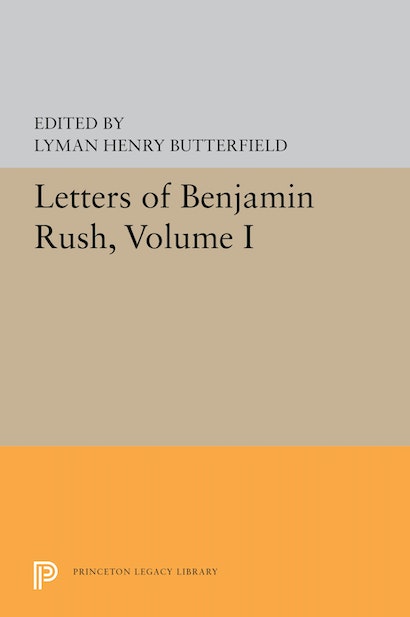 Volume 1 of 2. Full of flavor and zest, this collection of over 650 letters, two-thirds of them never printed before, is a companion piece to Rush’s Autobiography. Written between 1761 and 1813, the letters trace Rush’s career, from student in Scotland and England to signer of the Declaration of Independence and Philadelphia’s leading physician. He writes to John Adams, Franklin, Jefferson, WItherspoon, and a host of others. Two fascinating series of letters chronicle the failures of the hospital service in the Revolutionary War and teh Philadelphia yellow-fever epidemic of 1793. Rush the private individual is revealed in the letters to his wife.
Published for the American Philosophical Society. Lyman Butterfield is associate editor of The Papers of Thomas Jefferson