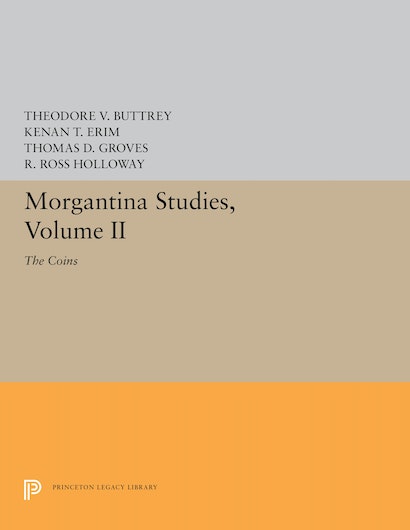 This volume continues documenting the well-known excavations at Morgantina, a Greek town in central Sicily, in a presentation of the largest body of coins ever unearthed at an Italian site and published as a group. The excavations, conducted by Princeton University, The University of Illinois, and The University of Virginia between 1955 and 1981, produced nearly 10,000 identifiable coins — most of them at of Sicilian Greek and Roman issues, struck before the end of the first century B.C. The numismatic evidence not only made possible the initial identification fo the side as Morgantina, but has subsequently opened the way to reconstructing the history of early Roman Republican coinage and the bronze coinage of Greek Sicily. The catalogue presents a full list of the coins found at Morgantina through the 1981 season, with discussion of significant issues and illustrations of 679 specimens. A completed corpus and study of the coins struck at Morgantina is also included.
Theodore V. Buttrey is Professor Emeritus of Classical Studies at the University of Michigan. Kenan T. Erim is Professor of Classical Archaeology at New York University. Thomas. D. Groves is a graduate student in the Department of Classical Archaeology at Princeton University. R. Ross Holloway is Professor of Classical Archaeology at Brown University.