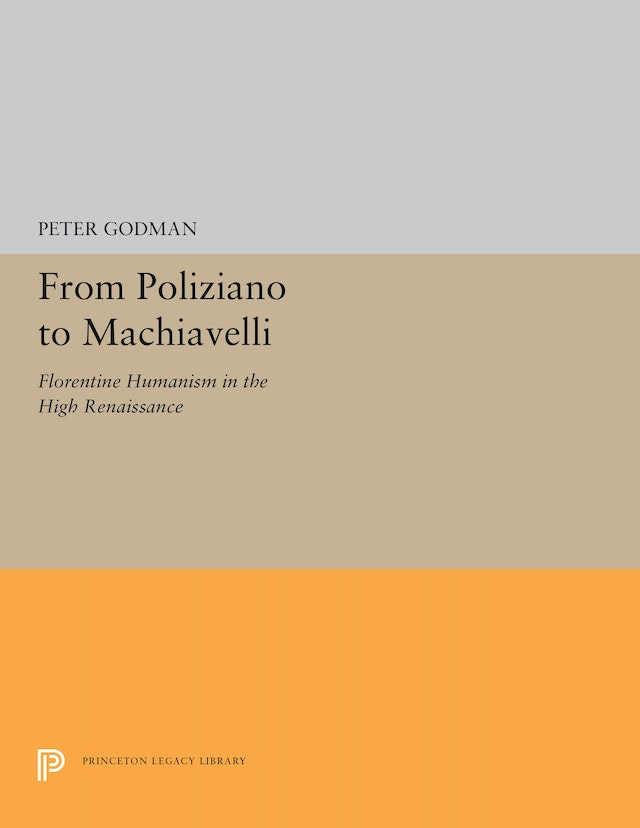 Peter Godman presents the first intellectual history of Florentine humanism from the lifetime of Angelo Poliziano in the later fifteenth century to the death of Niccolo Machiavelli in 1527. Making use of unpublished and rare sources, Godman traces the development of philological and official humanism after the expulsion of the Medici in 1494 up to and beyond their restoration in 1512. He draws long overdue attention to the work of Marcello Virgilio Adriani — Poliziano’s successor in his Chair at the Studio and Machiavelli’s colleague at the Chancery of Florence. And he examines in depth the intellectual impact of Savonarola and the relationship between secular and religious and oral and print cultures.
Godman shows a complex reaction of rivalry and antagonism in Machiavelli’s approach to Marcello Virgilio, who was the leading Florentine humanist of the day. But he also demonstrates that Florentine humanists shared a common culture, marked by a preference for secular over religious themes and by constant anxiety about surviving and prospering in the city’s dangerous political climate. The book concludes with an appendix, drawn from previously incaccessible archives, about the censorship of Machiavelli by the Inquisition and the Index. From Poliziano to Machiavelli adds new depth to the intellectual history of Forence during his most dynamic period in its history.