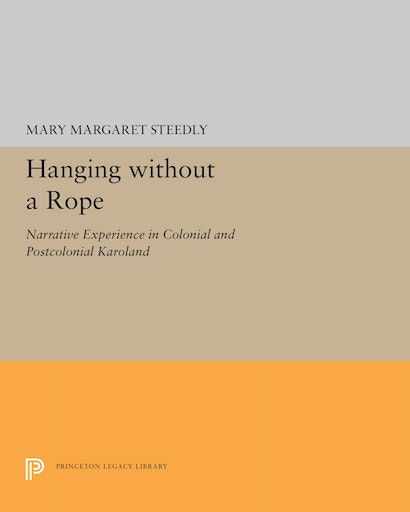 When Mary Steedly went to North Sumatra, Indonesia, she intended to study the curing practices of Karo Batak spirit mediums, the gurus who keep a community in touch with its ancestors. She became fascinated by the stories these women and men told of their encounters with spirits in the ritual arena and on the borders of the everyday social world. In these stories, Karo mediums conveyed their sense of historical out-of-placeness, which they described as “hanging without a rope,” in Indonesia’s state-proclaimed Age of Development. Based on the author’s three years of fieldwork in urban and rural Karoland, this engaging and sympathetic account focuses on issues of experience, memory, and narrative plausibility. Steedly approaches mediums’ stories not simply as reservoirs of information about “what happened” at a particular moment, but as interested efforts to map a pathway across the shifting landscape of historical memory.
Over the past century Karoland has been the scene of colonial conquest, Christian conversion, commercial agricultural development, military occupation, reolution, migration, and modernization. Storeis of spirit encounters, Steedly argues, provide an alternative, “unofficial” perspective on the historical transformation of the Karo social world. In addition to her rich ethnographic material, she draws on feminist theories of subjectivity, William Faulkner’s reconstructions of personal and collective memory, and current anthropological explorations of the politics of representation to open the ethnographic imagination to historical eventfulness.
Mary Margaret Steedly is Assistant Professor of Anthropology at Harvard University.