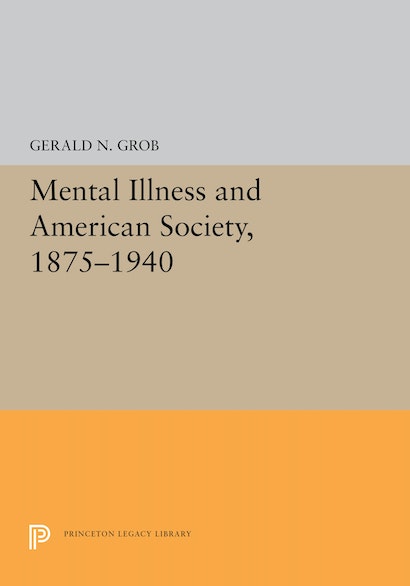 Gerald N. Grob’s Mental Institutions in America: Social Policy to 1875 has become a classic of American social history. Here the author continues his investigations by a study of the complex interrelationships of patients, psychiatrists, mental hospitals, and government between 1875 and World War II. Challenging the now prevalent notion that mental hospitals in this period functioned as jails, he finds that, despite their shortcomings, they provided care for people unable to survive by themselves. From a rich variety of previously unexploited sources, he shows how professional and political concerns, rather than patient needs, changed American attitudes toward mental hospitals from support to antipathy.
Toward the end of the 1800s psychiatrists shifted their attention toward therapy and the mental hygiene movement and away from patient care. Concurrently, the patient population began to include more aged people and people with severe somatic disorders, whose condition recluded their caring for themselves. In probing these changes, this work clarifies a central issue of decent and humane health care.
Gerald N. Grob is Professor of History at Rutgers University. Among his works are Mental Institutions in America: Social Policy to 1875 (Free Press), Edward Jarvis and the Medical World of Nineteenth-Century America (Tennessee), and The State and the Mentality III (North Carolina).