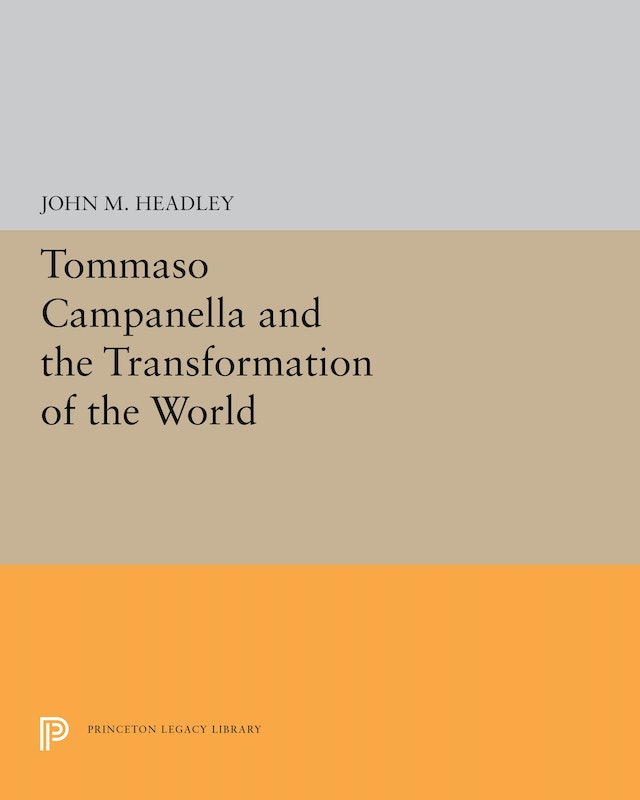 Tommaso Campanella (1568-1639) is one of the most fascinating, if hitherto inaccessible, intellectuals of the Italian Renaissance. His work ranges across many of the intellectual, ecclesiastical, and political concerns of that tumultuous era. John Headley uses Campanella’s life and works to open a window into this complex period. He not only explicates the frequently contradictory texts of a prolific author but also situates Campanella’s writings amidst the larger currents of European thought.
For all its obscurely magical and astrolgocial intricacies, Campanella’s entire intellectual endeavor expresses an effort to impose a distinctive order and direction upon the major issues and forces of the age different from that which was shortly to prevail with the new Galilean science and the Leviathan state. In the process of identifying and engaging these issues and imparting in some instances something of his own, he managed to mobilize and deploy many of the salient principles of late medieval and Renaissance culture, often cast in a curiously modern hue and aligned with the new forces of the age. Indeed, modern and antique, new and old juxtapose violently in the person of this reformer who combines an encyclopedic comprehensiveness of intellect with an appalling intensity of will. He is a man who strove to destabilize the regnant forces of what he identified as tyranny, sophistry, and hypocrisy and to shake the world into a new order. In this book, Headley invites readers to look anew at this mercurial figure and at the turbulent times in which he lived.
John M. Headley is Professor of History at the University of North Carolina at Chapel Hill. He has authored studies of Luther, Thomas More, the Emperor Charles V, and San Carlo Borromeo.