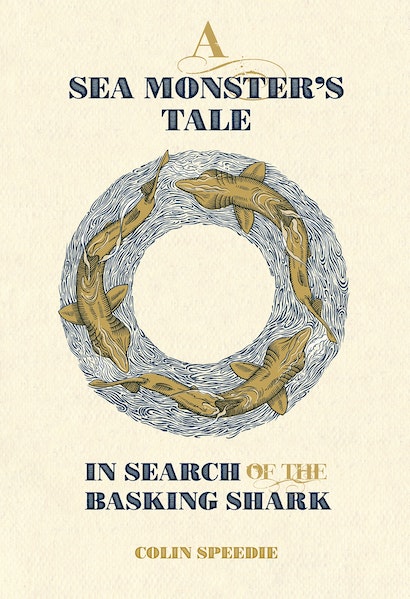 There are few marine creatures as spectacular as the Basking Shark. At up to 11 metres in length and seven tonnes in weight, this colossal, plankton-feeding fish is one of the largest in the world, second only to the whale shark. Historically, Basking Sharks were a familiar sight in the northern hemisphere – off the coasts of Norway, Scotland, Ireland, Canada and the USA, for example. In an 18th Century world without electricity, they became the focus of active hunting for their huge livers containing large amounts of valuable oil, primarily used in lamps.

Catch numbers were small enough to leave populations largely intact, but during the 20th Century a new breed of hunter joined the fray, some driven as much by a need for adventure as for financial gain. With improved equipment and experience, they exploited the shark on an industrial scale that drastically reduced numbers, leading to localised near-extinction in some areas.

From the 1970’s onward a new generation took to the seas, this time with conservation in mind to identify where the shark might still be found in the waters around the British Isles, employing new technologies to solve long-standing mysteries about the behaviour of this elusive creature. Using the best of both old and new research techniques, the case was built to justify the species becoming one of the most protected sharks in the oceans.

Today, the Basking Shark is a much-loved cornerstone of our natural heritage. There are positive signs that the population has stabilised and may even be slowly recovering from the damage of the past, proving that timely conservation measures can be effective. Join us on a journey amidst wild seas, places, people and conservation history in the battle to protect this iconic creature – a true sea monster’s tale.

Colin Speedie has the sea in his blood. Born in Aberdeen within sight of the North Sea, he began his nautical apprenticeship as a child in Devon, sailing small boats around the local coastline. As time went by, a love of exploration led him to extend his horizons beyond the English Channel, altering course northwards through the Irish Sea to the wild waters of the Western Isles of Scotland. A professional yacht skipper for much of his life, he took a circuitous route to marine conservation, skippering scientific research vessels on projects studying whales, dolphins, sharks, seabirds and turtles. He is best known for his pioneering work spearheading one of Britain’s longest running boat-based citizen science studies on the whereabouts of the Basking Shark through Britain’s western seaboard. His findings have enabled government agencies, university teams and fellow sea-users to better understand this enigmatic creature.

With sailing, wilderness, history, conservation and writing as his life’s callings, Colin’s destiny has become entwined with the fate of the Basking Shark. This book, in which he compellingly documents our changing attitudes to the shark through true tales of adventure and drama on the high seas, is a tribute to the many people who have contributed to its protection. Their work can be deemed one of conservation’s success stories.

Colin and his wife Louise divide their time between their home in Falmouth, Cornwall, and sailing the world aboard their yacht Pèlerin – French for ‘Basking Shark’.

"A Sea Monster's Tale . . . . reveals the history of shark hunting in UK waters, while transporting the reader on a voyage through stormy seas charting this elusive misunderstood plankton-feeding fish, to its protected status today."—Polly Pullar, The Scots Magazine

"An engaging and well-researched summary of what we know about this vulnerable shark."—David Sims, The Marine Biologist