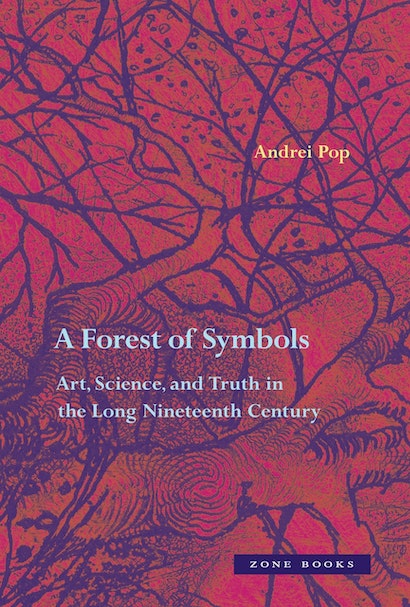 In this groundbreaking book, Andrei Pop presents a lucid reassessment of those writers and artists in the late nineteenth century whose work merits the adjective “symbolist.” For Pop, this term denotes an art that is self-conscious about its modes of making meaning and he argues that these symbolist practices, which sought to provide more direct access to the viewer by constant revision of its material means of meaning-making (brushstrokes on a canvas, words on a page), are crucial to understanding the genesis of modern art. The symbolists saw art not as a social revolution, but a revolution in sense and in how we conceptualize the world. At the same time, the concerns of symbolist painters and poets were shared to a remarkable degree by theoretical scientists of the period, especially by mathematicians and logicians who were dissatisfied with the strict empiricism dominant in their disciplines, and which made shared knowledge seem unattainable. A crisis of sense made art and science look for conceptual foundations underlying the diverging subjective responses and perceptions of individuals.

Unlike other studies of this period, Pop’s focus is not on how individual artists may have absorbed bits of scientific theories, but rather on the philosophical questions that were relevant to both domains. The problem of subjectivity in particular, of what in one’s experience can and cannot be shared, was crucial to the possibility of collaboration within science and to the communication of artistic innovation. Pop’s brilliant close readings of the literary and visual practices of Manet and Mallarmé, of drawings by Ernst Mach, William James and Wittgenstein, of experiments with color by Bracquemond and Van Gogh, and of the philosophical systems of Frege and Russell add up to a startling but coherent picture of the symbolist heritage of modernity and its consequences.

“Vibrant and lucid, Andrei Pop’s new book is a superb account of symbolism in art, ideas and culture in the nineteenth century. His history of art is grounded in a deep engagement with philosophical and literary reflections on the symbol in the period.”—Jas’ Elsner, Corpus Christi College, Oxford

“This fascinating book proposes a completely new way of understanding the nineteenth-century movement called symbolism: that it is concerned with how art understands itself to have meaning. Pop’s book engages philosophy, science, and modernity in erudite, witty, and penetrating analyses. And his conclusion could not be more timely: aesthetic, scientific, moral, and political projects must, he insists, despite all subjectivity, have logical bases to be worked out, or we will never escape the tribalism of the twenty-first century.”— Françoise Meltzer, University of Chicago, Comparative Literature and the Divinity School