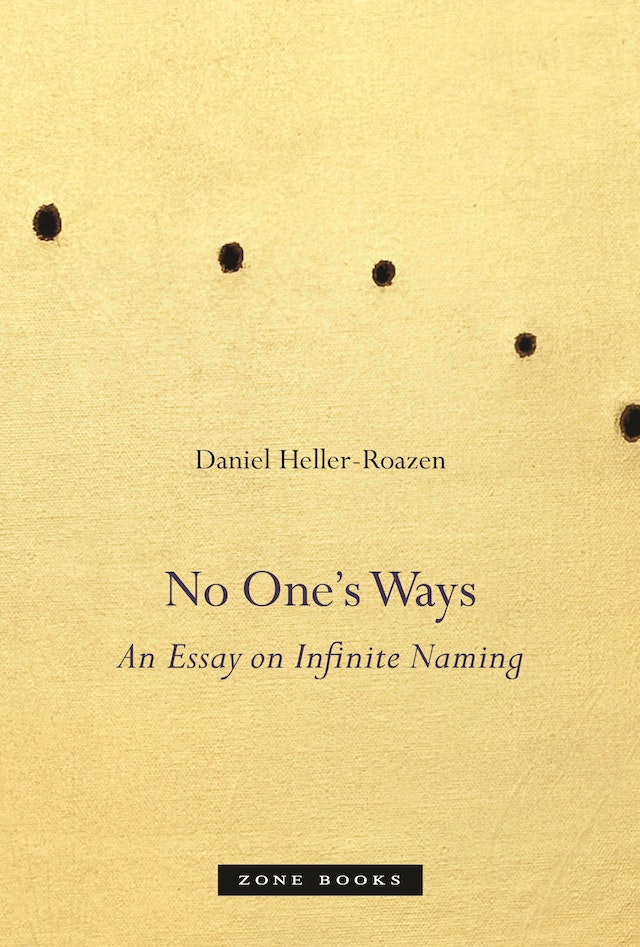 Homer recounts how, trapped inside a monster’s cave, with nothing but his wits, Ulysses once saved himself by twisting his name. He called himself Outis: “No One” or “Non-One,” “No Man” or “Non-Man.” The ploy was a success. He blinded his barbaric host and eluded him, becoming anonymous, for a while, even as he bore a name.

Philosophers never forgot the lesson that the ancient hero taught. From Aristotle and his commentators in Greek, Arabic, Latin, and more modern languages, from the masters of the medieval schools to Kant and his many successors, thinkers have exploited the possibilities of adding “non-” to the names of man.

Aristotle is the first to write of “indefinite” or “infinite” names, his example being “non-man.” Kant turns to such terms in his theory of the infinite judgment, illustrated by the sentence, “The soul is non-_mortal.” Such statements play unexpected and often major roles in the systems of Salomon Maimon, Hegel and Hermann Cohen, before being variously and profoundly reinterpreted in the twentieth century.

Reconstructing the adventures of a particle in philosophy, Heller-Roazen’s book shows how a grammatical possibility can be an incitement for thought. Yet it also draws a lesson from persistent examples. The philosophers’ infinite names all point to one subject: us. “Non-man” or “soul,” “Spirit” or “the unconditioned,” we are beings who name and name ourselves, bearing witness to the fact that we are, in every sense, unnamable.

“Letting himself be guided by an apparently marginal term, ‘non-man,’ Daniel Heller-Roazen has made an absolutely unprecedented voyage through the history of Western philosophy, from Aristotle to Kant to Hermann Cohen. When we close this book, nothing is as it once was: like Ulysses, we have truly become ‘no one,’ and this ‘infinite name’ shows itself to be the supreme problem of philosophy.” — Giorgio Agamben, author of Profanations, Professor of Philosophy, IUAV University, Italy

“Daniel Heller-Roazen rewrites what we thought we knew about Western philosophy in an entirely novel way. From Aristotle to Chomsky and beyond, he follows the tracks of a philosophical snark: the ‘indefinite’ mode, linguistically expressed by the prefixes ‘not-’ and ‘non-’….No One’s Ways ends with a call to continue ‘the task of thinking with languages, and not only in them, and against them.’ No one could make that call as powerfully as Heller-Roazen, because no one today thinks with languages better than he does.” — Virginie Greene, author of Logical Fictions in Medieval Literature, Professor of French, Harvard University