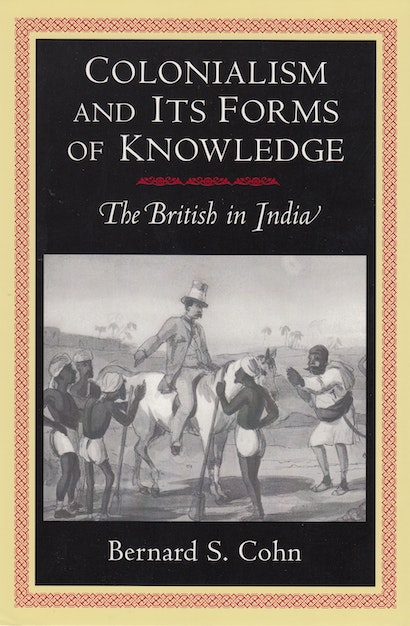 Bernard Cohn’s interest in the construction of Empire as an intellectual and cultural phenomenon has set the agenda for the academic study of modern Indian culture for over two decades. His earlier publications have shown how dramatic British innovations in India, including revenue and legal systems, led to fundamental structural changes in Indian social relations. This collection of his writings in the last fifteen years discusses areas in which the colonial impact has generally been overlooked. The essays form a multifaceted exploration of the ways in which the British discovery, collection, and codification of information about Indian society contributed to colonial cultural hegemony and political control.

Cohn argues that the British Orientalists’ study of Indian languages was important to the colonial project of control and command. He also asserts that an arena of colonial power that seemed most benign and most susceptible to indigenous influences — mostly law — in fact became responsible for the institutional reactivation of peculiarly British notions about how to regulate a colonial society made up of “others.” He shows how the very Orientalist imagination that led to brilliant antiquarian collections, archaeological finds, and photographic forays were in fact forms of constructing an India that could be better packaged, inferiorized, and ruled. A final essay on cloth suggests how clothes have been part of the history of both colonialism and anticolonialism.

Bernard S. Cohn is Professor Emeritus of History and Anthropology at the University of Chicago. He is the author of An Anthropologist among the Historians and Other Essays and India: The Social Anthropology of a Civilization.