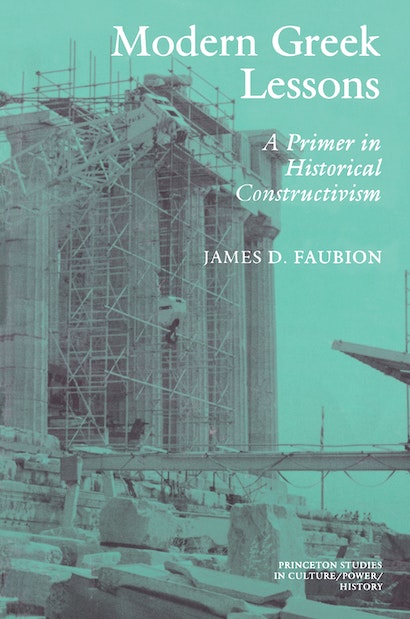 Through a blend of lively detail and elegant narration, James Faubion immerses us in the cosmopolitan intellectual life of Athens, a centerless city of multiplicities and fragmentations, a city on the “margins of Europe” recovering from the repressive rule of a military junta. Drawing inspiration from Athens and its cultural elite, Faubion explores the meaning of modernity, finding it not in the singular character of “Western civilization” but instead in an increasingly diverse family of practices of reform.

"Modern Greek Lessons seeks to invent a new form for expressing the complexity and ambivalence toward the past, toward Europe, toward the United States, and toward themselves that members of the educated Greek elite struggle with individually and jointly. This is an important contribution from a young scholar who will unquestionably be one of the leading voices of his generation."—Paul Rabinow

"A skilled and compelling writer in the mode of the civilized sojourner. . . . Faubion deals brilliantly with a wide range of topics from contemporary Greek literature to sexuality."—George Marcus, Rice University