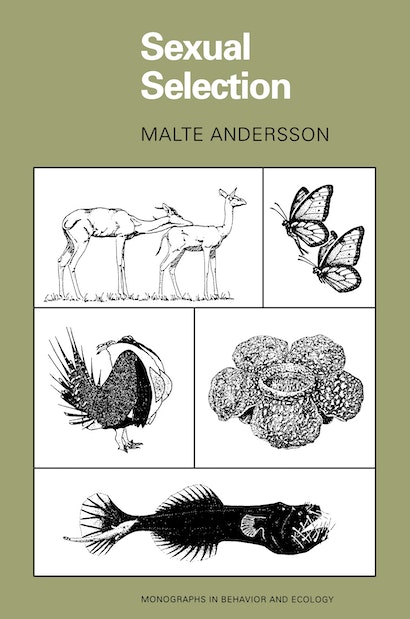 Bright colors, enlarged fins, feather plumes, song, horns, antlers, and tusks are often highly sex dimorphic. Why have males in many animals evolved more conspicuous ornaments, signals, and weapons than females? How can such traits evolve although they may reduce male survival? Such questions prompted Darwin’s perhaps most scientifically controversial idea — the theory of sexual selection. It still challenges researchers today as they try to understand how competition for mates can favor the variety of sex-dimorphic traits. Reviewing theoretical and empirical work in this very active field, Malte Andersson, a leading contributor himself, provides a major up-to-date synthesis of sexual selection.


The author describes the theory and its recent development; examines models, methods, and empirical tests; and identifies many unsolved problems. Among the topics discussed are the selection and evolution of mating preferences; relations between sexual selection and speciation; constraints on sexual selection; and sex differences in signals, body size, and weapons. The rapidly growing study of sexual selection in plants is also reviewed. This volume will interest students, teachers, and researchers in behavioral ecology and evolutionary biology.

Malte Andersson is Professor of Zoology at the University of Gothenburg in Sweden.

"Sexual Selection provides a masterly account of both the complex mathematical theory and the relevant data.... [It] deserves to be widely read as a definitive summary of what we know about sexual selection and as a guide to what remains to be done."—Trends in Ecology and Evolution