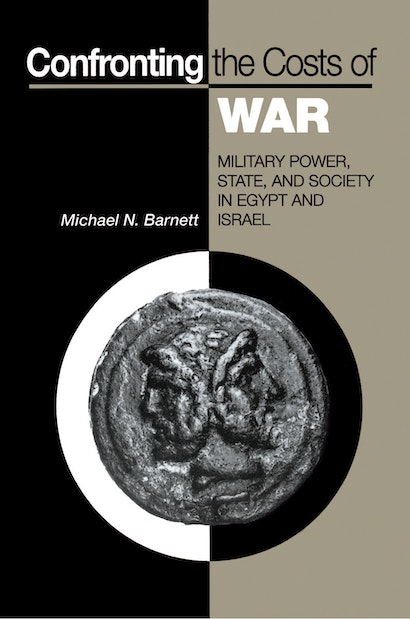 What determines the strategies by which a state mobilizes resources for war? And does war preparation strengthen or weaken the state in relation to society? In addressing these questions, Michael Barnett develops a novel theoretical framework that traces the connection between war preparation and changes in state-society relations, and applies that framework to Egypt from 1952 to 1977 and Israel from 1948 through 1977. Confronting the Costs of War addresses major issues in international relations, comparative politics, and Middle Eastern studies.

Michael N. Barnett is Assistant Professor of Political Science at the University of Wisconsin. The dissertation on which this book was based won the 1991 Gabriel Almond Prize of the American Political Science Association.

"Confronting the Costs of War is an impressive, challenging study which traces the link between war preparation and state power in Egypt and Israel. . . . This book is a very important contribution to Middle Eastern studies because it approaches existing literature from a broader theoretical perspective."—Lawrence Tal, The Times Higher Education Supplement

"Michael Barnett has a rare ability to combine sustained comparison, subtle theorizing, and careful analysis of particular histories. While illuminating Israeli and Egyptian experiences, he refreshes our general understanding of the interplay among war, state resources, and social constraints. Read him either to know Middle Eastern politics, to clarify alternative paths of political change, or better, both."—Charles Tilly, New School for Social Research