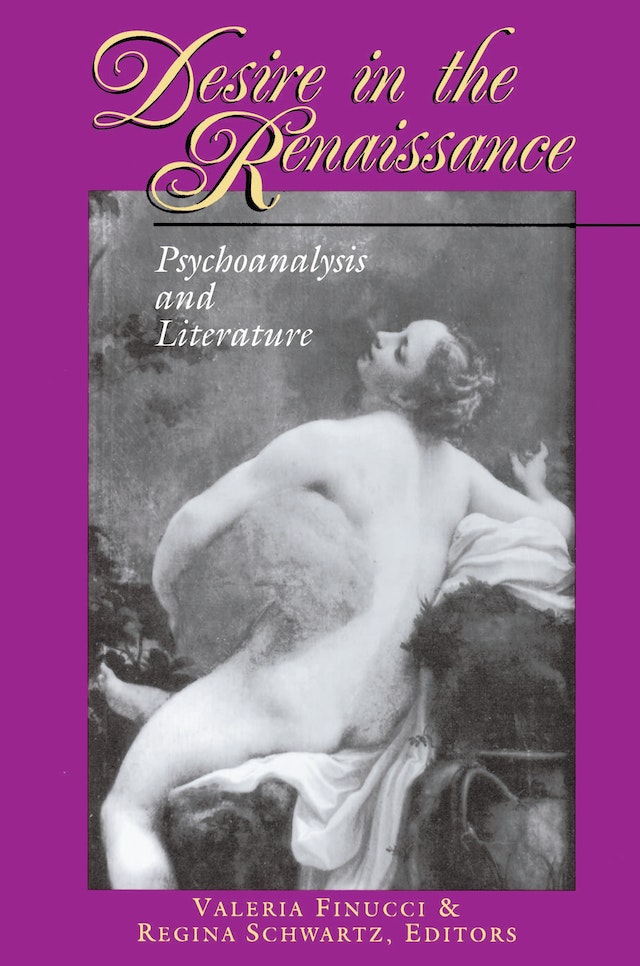 Drawing on a variety of psychoanalytic approaches, ten critics engage in exciting discussions of the ways the “inner life” is depicted in the Renaissance and the ways it is shown to interact with the “external” social and economic spheres. Spurred by the rise of capitalism and the nuclear family, Renaissance anxieties over changes in identity emerged in the period’s unconscious — or, as Freud would have it, in its literature. Hence, much of Renaissance literature represents themes that have been prominent in the discourse of psychoanalysis: mistaken identity, incest, voyeurism, mourning, and the uncanny. The essays in this volume range from Spenser and Milton to Machiavelli and Ariosto, and focus on the fluidity of gender, the economics of sexual and sibling rivalry, the power of the visual, and the cultural echoes of the uncanny. The discussion of each topic highlights language as the medium of desire, transgression, or oppression.

"The new historicism, which in recent years has become the predominate mode of reading the Renaissance, rarely manages to account for the 'literariness' of literary texts. I see [this book] as redressing the new historicism's sin of omission."—Giuseppe F. Mazzotta, Yale University