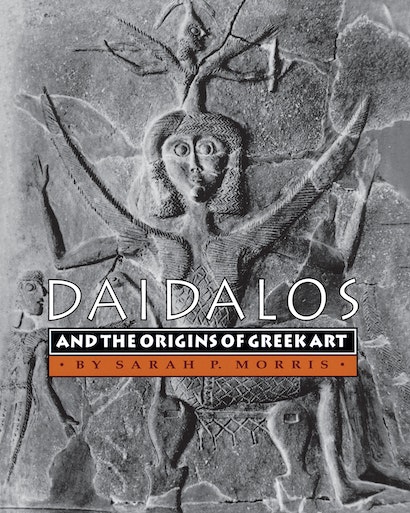 In a major revisionary approach to ancient Greek culture, Sarah Morris invokes as a paradigm the myths surrounding Daidalos to describe the profound influence of the Near East on Greece’s artistic and literary origins.

Sarah P. Morris is Professor of Classics and Archaeology at the University of California, Los Angeles.

"[This book] is a work of art which, in richness of subject matter and ideas, as well as in its craft of language and imagery, might be considered worthy of Daidalos himself.... [T]his is a marvelous, thought-provoking book ... packed with epigrammatic sentences and memorable one-liners."—Susan Sherratt, Antiquity

"Morris's impressive control of ancient evidence and modern bibliography on archaeology, history, literature, and mythology enables her to produce a persuasive synthesis.... [T]his is a book to be reckoned with by historians as well as art historians and philologists."—Peter Krentz, History

"Morris, using art and literature, myth and iconography, etymology and textual analysis, builds an enviably comprehensive thesis.... Morris' book establishes itself as a leader in the field."—Greece and Rome

"No brief review can do justice to the originality and breadth of this major work of revisionist scholarship. . . . Gathering an imposing array of linguistic, literary, archaeological, and historical sources from around the Mediterranean, the author has demonstrated the profound, appreciative dependence of the Greeks on the Levantine 'East', beginning in the Late Bronze Age."—Choice