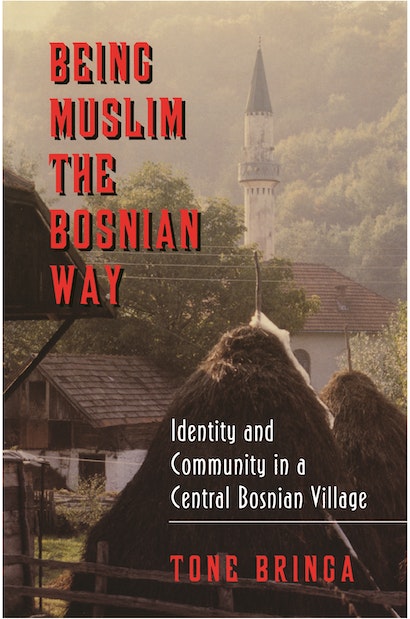 “I have been able to follow a Bosnian community over a period of six years, during which it has undergone dramatic changes. In the late 1980s people were working hard against economic crisis. In 1990 they were full of optimism for the future. In January 1993 the village was in fear, surrounded by war on all sides. In April 1993 it was attacked by Croat forces. In October 1993 none of the Muslims in the village remained. They had either fled, been placed in detention camps, or been killed.”

Thus begins Tone Bringa’s moving ethnographic account of Bosnian Muslims’ lives in a rural village located near Sarajevo. Although they represent a majority of the population in the Republic of Bosnia and Herzegovina, Bosnian Muslims are still members of a minority culture in the region that was once Yugoslavia. The question of ethno- national identity has become paramount in this society, and the author focuses on religion as the defining characteristic of identity. Bringa pays particular attention to the roles that women play in defining Muslim identities, and she examines the importance of the household as a Muslim identity sphere. In so doing, she illuminates larger issues of what constitutes “nationality.”

This is a gripping and heartfelt account of a community that has been torn apart by ethno-political conflict. It will attract readers of all backgrounds who want to learn more about one of the most intractable wars of the late twentieth century and the people who have been so tragically affected.

Tone Bringa has a permanent lectureship in Social Anthropology at the University of Bergen, Norway.

"At long last, there is a book which captures both the quiddity of Bosnian village life and the peculiar nature of Muslimhood in that part of Europe. . . . [A] lucid and marvelously informative book."—The Times Literary Supplement