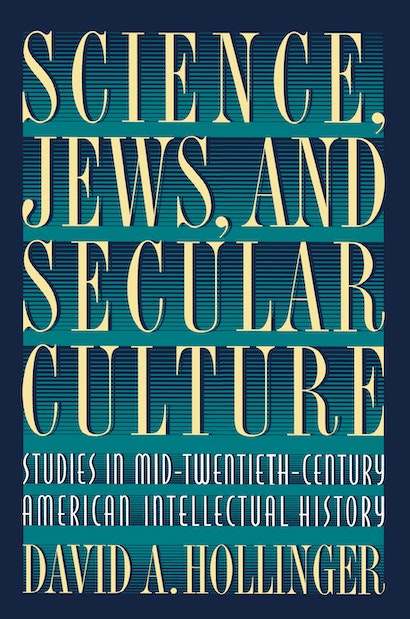 This remarkable group of essays describes the “culture wars” that consolidated a new, secular ethos in mid-twentieth-century American academia and generated the fresh energies needed for a wide range of scientific and cultural enterprises. Focusing on the decades from the 1930s through the 1960s, David Hollinger discusses the scientists, social scientists, philosophers, and historians who fought the Christian biases that had kept Jews from fully participating in American intellectual life. Today social critics take for granted the comparatively open outlook developed by these men (and men they were, mostly), and charge that their cosmopolitanism was not sufficiently multicultural. Yet Hollinger shows that the liberal cosmopolitans of the mid-century generation defined themselves against the realities of their own time: McCarthyism, Nazi and Communist doctrines, a legacy of anti-Semitic quotas, and both Protestant and Catholic versions of the notion of a “Christian America.” The victory of liberal cosmopolitans was so sweeping by the 1960s that it has become easy to forget the strength of the enemies they fought.

Most books addressing the emergence of Jewish intellectuals celebrate an illustrious cohort of literary figures based in New York City. But the pieces collected here explore the long-postponed acceptance of Jewish immigrants in a variety of settings, especially the social science and humanities faculties of major universities scattered across the country. Hollinger acknowledges the limited, rather parochial sense of “mankind” that informed some mid-century thinking, but he also inspires in the reader an appreciation for the integrationist aspirations of a society truly striving toward equality. His cast of characters includes Vannevar Bush, James B. Conant, Richard Hofstadter, Robert K. Merton, Lionel Trilling, and J. Robert Oppenheimer.

David A. Hollinger is Chancellor's Distinguished Professor of History at the University of California, Berkeley. His previous books are Postethnic America: Beyond Multiculturalism, In the American Province: Studies in the History and Historiography of Ideas, and Morris R. Cohen and the Scientific Ideal.

"A collection of incisive essays that present a complex portrait of intellectual and sociological change, linking the two in convincing fashion."—Deborah Dash Moore, Journal of Jewish Studies

"David Hollinger's new collection of essays is best compared to a string of pearls. Each of the eight pieces is a self-contained gem of clear prose, meticulous scholarship, and ingenious conjecture. Yet all are strung along a single thread, aptly indicated by the book's title, Science, Jews, and Secular Culture.... This is a smart, timely, and thoroughly enjoyable book."—Suzanne Klingenstein, The Journal of American History

"This is a first-rate treatment of a pivotal change in American history."—Jonathan Dorfman, Washington Post Book World

"David Hollinger is arguably the leading American intellectual historian working today and perhaps the best historical essayist of his generation. This is a timely collection of his work."—Ronald L. Numbers, University of Wisconsin